The 2018 Volkswagen Touareg Is On The Way!

The first ever Touareg drove onto our roads in 2002; now Volkswagen are launching the 3rd generation which is set to go on sale in the UK summer 2018.

The world premiere of the 2018 Touareg took place in Beijing on March 23rd. Alongside the reveal, Volkswagen also announced the Volkswagen Move Forward Initiative which will take place over the next 3 years. This intiative has four aims; to upgrade model lines and introduce more SUVs and crossovers, manufacture more electric vehicles, take a new design direction that will create a clear distinction between models and lastly to make all of their vehicles 100% connected by developing new technologies.

Volkswagen has promised the new Touareg will include cutting edge technology and have a bold new design ...

Overall the Touareg has become larger than the previous version. The length has increased by 77mm and the width by 44mm. There is a new design grille which runs the width of the Touareg and blends into the headlights. 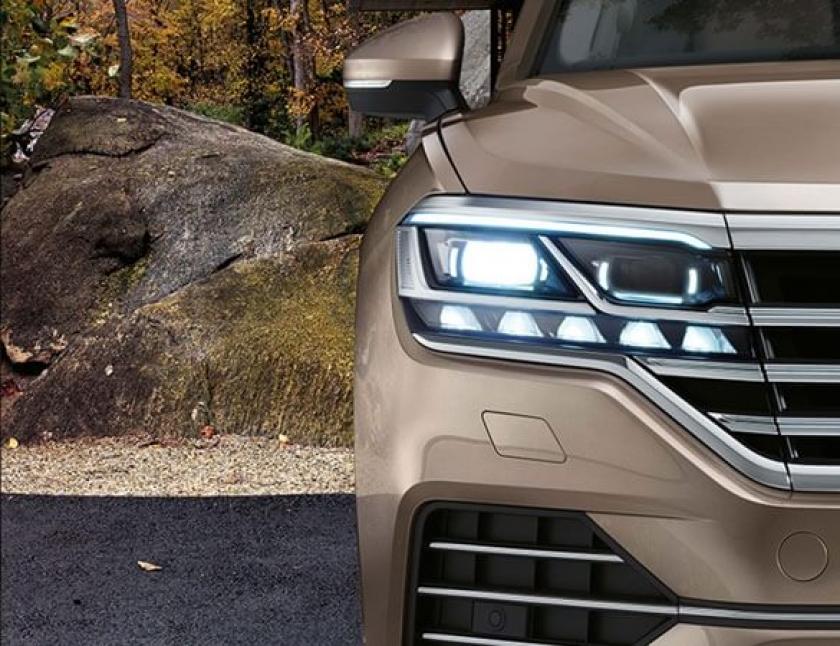 The headlights themselves are comprised of 128 individual LEDs and use Volkswagen's IQ.Light technology. This technology uses a camera to detect what is happening on the road in front of you and change the distribution of light accordingly. For example, if there is a car coming the other way then the lights can be dimmed to avoid dazzling other road users, or if there is a sign up ahead, the lights that will hit that sign can be dimmed so avoid dazzling you as you drive past.

Air suspension has been added to the Touareg to increase comfort for occupants allowing the vehicle to be raised to increase ground clearance by 300mm, or to be lowered to make loading and unloading a little easier.

Alloy wheels will come in a range from 18" to 21", and the wading depth the Touareg is capable of has been increased by 80mm to 570mm.

Interior features and technology in the new Touareg

Boot space has benefitted from an increase in the size of the Touareg, offering a capacity increased by 113 litres to 810 litres. The rear seats have a 40:20:40 split increasing flexibility of the rear space for larger loads.

The interior space can be made to feel even more spacious if owners opt for a panoramic sunroof. This sunroof stretches all the way from front to back and can be fully opened or tilted open to allow fresh air inside.

The biggest change to the interior is the inclusion of Volkswagen's new Innovision Cockpit Screen. This screen allows control of all the Touareg's functions meaning there is no need for any buttons or dials on the dashboard creating a clean uncluttered look. The Innovision screen is a large 15" and can be controlled by touch, gesture or voice. It allows for smartphone integration via Android Auto or Apple CarPlay and uses AppConnect so all compatible apps can be accessed through the central screen. The display can be customised in the same way your phone can and will provide a WIFI hotspot for up to 8 devices.

When you are not inside your Touareg, you can still be connected via the Car-net app which allows you to check doors are locked, check location and fuel levels. Inside the Touareg this app can read the news to you while you are driving or even search for a parking space at your destination.

Exact details of which aids will feature at which spec level have not been released yet, but Volkswagen has highlighted some of the clever technology you will find in the Touareg.

Firstly, the Touareg will have night vision. Infrared cameras will detect any thermal radiation 300m ahead and project an image of the surrounding area onto the Innovision screen, allowing you to see any dangers lurking in the dark. 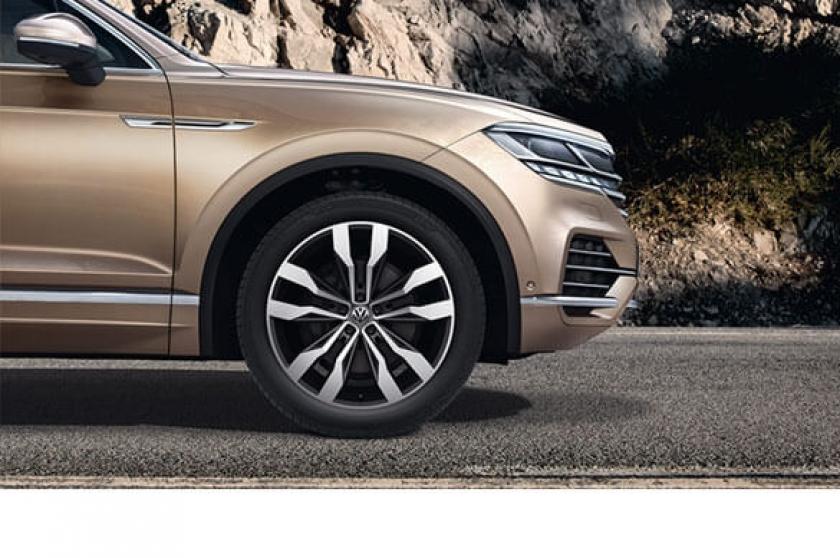 Emergency assist will take action should the driver experience a medical emergency while behind the wheel of the Touareg. If the system detects a loss of control, the driver will be alerted and if this does not elicit a response the hazard lights will be turned on and the automatic braking will bring the vehicle to a stop. An emergency call system also provides a lifeline. Should the belt pretensioner system or airbags be activated an emergency call will be activated meaning occupants can get help as quickly as possible.

If any potential collision is expected the Touareg's Proactive Occupant Protection System will react by pre tensioning seat belts, closing doors, windows and the sunroof as well as making sure all seats are raised into the upright position.

The 2018 Touareg is set to be more fuel efficient than previous models thanks to a new range of V6 and V8 engines as well as a weight reduced by 106kg due to the more extensive use of lightweight aluminium within the structure. 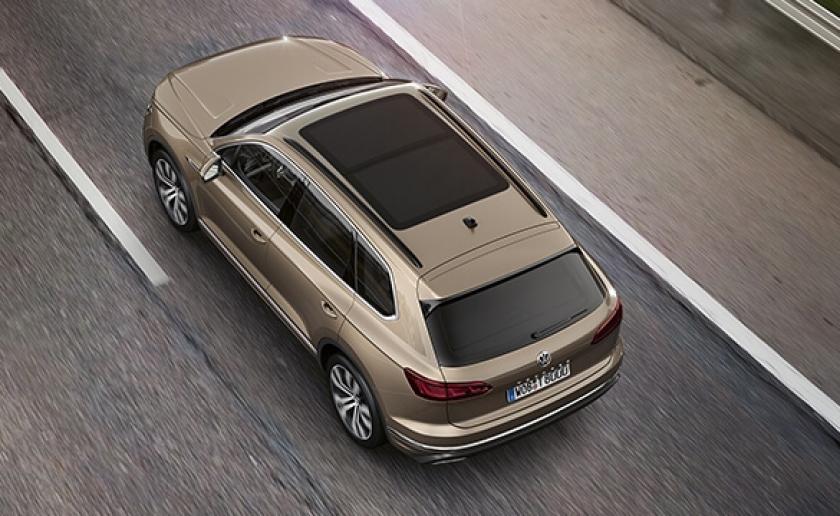 At launch, only one engine will be available. The 3.0 litre V6 turbodiesel will produce 282bhp and come with an 8-speed automatic gearbox. Two more engines are then expected to be released in the autumn. One will be a 3.0 litre turbodiesel with 228bhp and the other a 3.0 turbo petrol engine with a higher 336bhp. Towards the end of 2018 the most powerful engine is believed to be joining the Touareg line up, this 4.0 litre V8 turbo diesel engine will be capable of producing 417bhp.

Although no timeline has been revealed, a hybrid version of the Touareg will complete the engine range.

Prices for the new Volkswagen Touareg are likely to start around £50,000. Leasing prices are not yet available, but this page will be updated as soon as prices are released.

What do you think of the new look Touareg?