The Best and Worst of British Engineering

The UK is presently known for its lucrative motoring industry which boasts a legion of top-tier motor vehicles. However, that hasn’t always been the case.

While homegrown British engineering brands by the likes of Mclaren, Lotus, Rolls Royce, Land Rover, Astin Martin, Bentley and Jaguar all roll nicely off the tongue, these are the highest of highs.

To experience those highs, we’ve also had to endure the low points of Britain’s car manufacturing industry. From being on the receiving end of countless jokes pertaining to certain models to cringing at the mere mention of some badges of a bygone era, we’ve equally had moments we aren’t so proud of.

Making a name for ourselves in the ultra-luxury automotive industry, we’ve managed to regain ground when it comes to some of the world’s best engineering. While you might notice many of the cars on the premium list of British greats are produced in small batches, they stand their ground in the global market.

With an engineering history spanning more than 130 years, without further ado, we present the best and the worst of British engineering.

Lovingly crafted and impossibly rugged, you will still spot some of these truly legendary cars gracing country laneways and city streets of Britain today. The first car to top one million sales in the UK, the Morris Minor was common among Brits post World War II.

Available in two and four-door models as well as a van alternative, the relatively small stature of the Minor gives no clues as to the roominess you discover once sat inside. A classic that will continue to be loved for years to come, the Morris Minor is a true testament to the best of Britain’s engineering.

Read more: Taking it Slowly - The Slowest Cars Out There

Good enough for Bond is good enough for us. Earning its rise to fame thanks to the Bond franchise, the DB5 graced the big screen in a way few others have. Fast, stylish and effortlessly cool, the DB5’s 280 bhp six-cylinder engine ensured it dished out plenty of grunt to really make this a true driver’s car. While the average DB5 may not have included spinning license plates or ejector seats like Bond’s model, there’s still plenty to love about this ultra-impressive model from Aston Martin. 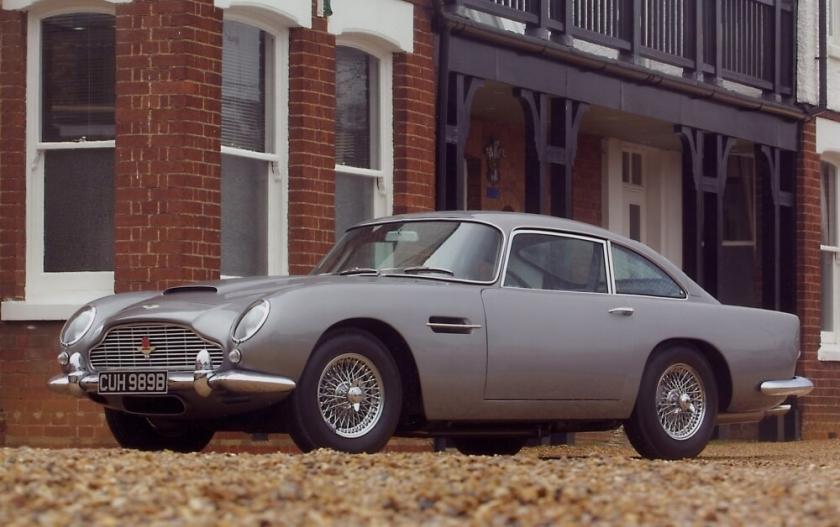 Entirely British-owned and British-made, Morgan only produces a few hundred cars each year, giving it a level of prestige few others can meet. Manufactured at their factory in Worcester, the Morgan 4/4 is one of the best-engineered cars to ever navigate Britain's roads. In production since 1936, this convertible holds the world record for the model with the longest continuous production period. We can picture ourselves ambling along narrow country roads, wind in our hair on a warm afternoon in a great British summer. It might be a while with waiting periods of up to two years, though! Good things take time, and the 4/4 is no exception.

An icon of great British engineering if there ever was one, is the Jaguar E Type. Elegant, high-performing and impossibly lust-worthy, it may just be the best car ever manufactured by a British marquee. Featuring a long, aerodynamic design and a reputation for reaching up to 150mph, the E Type was in production from 1961 to 1975. Undeniably classic, Jaguar has left a legacy with the modern line up including the F Type taking inspiration from the beloved E Type. 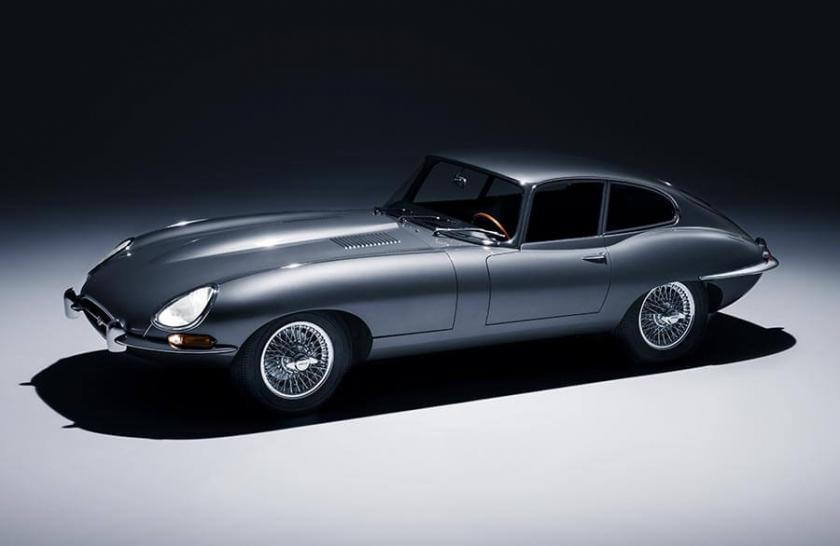 Synonymous with British motoring, the Mini is not only aspirational but inspirational. While the company may now be owned by BMW, a selection of their cars are still produced in Oxford. A testament of the best of British engineering, the Mini is adored for its retro-esque appeal, top quality fit-out and the prestige badge. In a bid to deliver improved engineering powered by battery, there have now been more than 3000 electric models produced for UK customers, giving the Mini modern appeal for those conscious about their carbon footprint. An iconic vehicle in the history of British automotive engineering, the Mini will long reign as one of the country's top picks.

While the best that Britain has to offer when it comes to impeccable engineering is impressive, there’s also been moments we’d rather forget. Despite our reputation for delivering high-quality, high-performance vehicles that serve the ultra-luxury and luxury markets, there’s been a few blunders throughout our motor manufacturing past too. Let’s take a look at those we’re happy to leave in the past.

If the Morris Minor is one of the UK’s best projects to hit the roads, the Morris Marina was easily one of the worst we’d produced. Born out of cost-cutting measures and meant to be a bit of an inbetweener while the parent company restructured after a merger, the Marina was diabolical. Ill-fitted windscreen wipers and the wrong suspension are among some of the reasons this car is one of Britain’s worst engineering moments. Despite its flaws, the Marina somehow became surprisingly popular throughout the 1970s and 80s. Need more evidence to convince you just how bad this car was? Top Gear has dropped a piano on one of these throughout the series to emphasise the point.

Legend has it that the Triumph TR7 was so awful that renowned Italian car designer Giorgetto Giugiaro cried "My God! They've done the same on this side as well!" after walking around the car and pausing for a moment before sharing his misery with the world. While his dismay might speak volumes about his feelings on a truly disappointing piece of British engineering, many would be hard-pressed to disagree.

The TR7 was ridiculed for its wedge-like design, but that was the least of its issues. Add to the list just four cylinders instead of six from the previous fan-favourite TR6 model. A hard top-only version for its first five years and cost-cutting measures affecting suspension and you’re in for a pretty miserable time.

Morgan delivered a three-wheeler with dignity, the same cannot be said for the Reliant Robin. Even the slightest breeze would topple one of these unsturdy fellows which featured a line up of a plastic body and poor workmanship, making for one pretty lousy vehicle. Popular with miners throughout the 1970s who could drive the Reliant Robins with just a motorbike license, you might recognise the Robin’s other three-wheeled sister model, the Regal as Mr Bean’s nemesis vehicle. With the practicality of using a fork to eat soup, the Robin is a pretty good example of the worst engineered vehicle to leave the production line in Britain.

While Jensen one had a semblance of prestige and quality associated with its name, their return to the market after a 22-year hiatus, on account of going broke, with the SV-8 was disappointing, to say the least. Despite all the earmarks of what had the opportunity to be a brilliant car, it was delivered on a shoestring budget, causing a lacklustre experience in every sense. Parts-bin interiors, gaping spaces between panels and a look that was hardly easy on the eye, there was no saving the SV-8. As a result, Jenson delivered just 20 vehicles before going bust again. Not even the Mustang V8 engine could save this poor excuse for a car.

The British automotive industry went through a dark period in the 1970s, certainly not its finest hour in the engineering world. By far one of the worst projects of engineering of that era was the Austin Allegro. At best, we want our cars to be impressive breasts, and while most won’t fit that bill, we at least expect them to be reliable.

The Austin Allegro couldn’t even manage the latter. Embodying the essence of ‘crap British car’, it was known for wheels falling off, rear windows popping out when jacked up and an ‘intriguing’ design. Intriguing is definitely a euphemism for awful in this case. While a few ultra-hipster car owners will try to convince you picking up one of these rare specimens nowadays makes for a good run around, don’t believe a word they tell you. 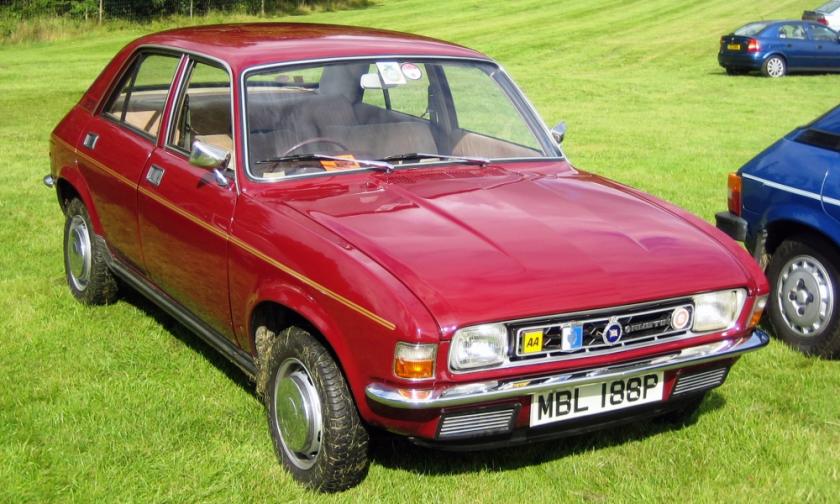 With a turnover of more than £82 billion in 2018, the British automotive industry is thriving to this day. Though the focus has shifted to excelling in the ultra-luxury market with high-end badges having run of the engineering that modern Britain is known for, it hasn’t all been rosy. We have to say, there is a lot to be proud of when it comes to the best-engineered cars, even if there have been a few lemons among the pack.

If you’re looking for your own high-performance vehicle to take for a spin, explore the range available at Rivervale and take advantage of our price match challenge for your next lease.