In early 2022, BMW announced they would be making an electric version of the combustion cars. And they've again shown they stick to their word after unveiling the pure electric iX1.

Set to go on general sale towards the end of 2022, the iX1 is ready to hit the road with a whole host of tech and specs. With mild and plug-in hybrids, petrol and diesel versions, what could BMW add to the electric to make it stand out? Let's take a look...

BMW caused a bit of a stir when they refused to stop making petrol engine cars. 'If you're not selling combustion engines anymore, someone else will' was their stance in April 2022. With a potential clash with the EU deadline of 2035 for all new cars to be electric, BMW vowed to make electric versions of their fossil fuel range. To find out why this is great news, read our guide on how much better electric cars are for the environment.

The iX1 is BMW's electric version of the X1 SUV, and is barely any different from its cousin. At 4500mm in length and 1845mm in width, the electric is a little bulkier than the X1. But it does offer more headroom and a larger wheelbase.

The squared kidney grille design is more prominent than the X1, while the slim, sweeping headlights give the front a mean, aggressive style. The large 20" alloy wheels are an improvement in the X1, if only by an inch. And the new version comes with a stylish blue trim across the bumpers and along the sides, giving the iX1 quite a unique look. 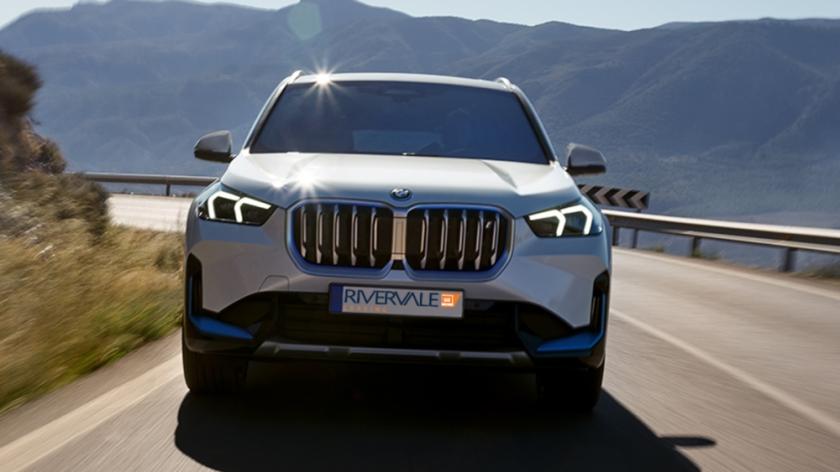 BMW has taken the traditional electric vehicles and, well, simply improved them. Rather than relying on a solitary battery, the iX1 has two – one on each axle. Every new electric iX1 will be a four-wheel drive, and each motor contains a 62.4kwh battery pack. Combined, it offers a powerful 309bhp, with the ability to go from 0-62 in 5.7 seconds.

BMW claims that the dual batteries give the iX1 a range of up to 272 miles on a single charge. That’s quite an impressive range for a family SUV. That's enough power to get you from Manchester to London and part of the way back!

The iX1 makes charging easy too. If you’re out and about, a 130kw DC charge can take you from 10-80% in around 30 minutes. A 10-minute blast can add up to 75 miles to the battery. When at home and on a regular 7.5kw socket, charging can take around 9 hours to complete. This is reduced to 6.5 hours if you’re dedicated enough to have an 11kw wall box. There are lot of benefits to going electric. Keep up to date on the latest UK Government EV initiatives and grants to make the most out of your vehicle! 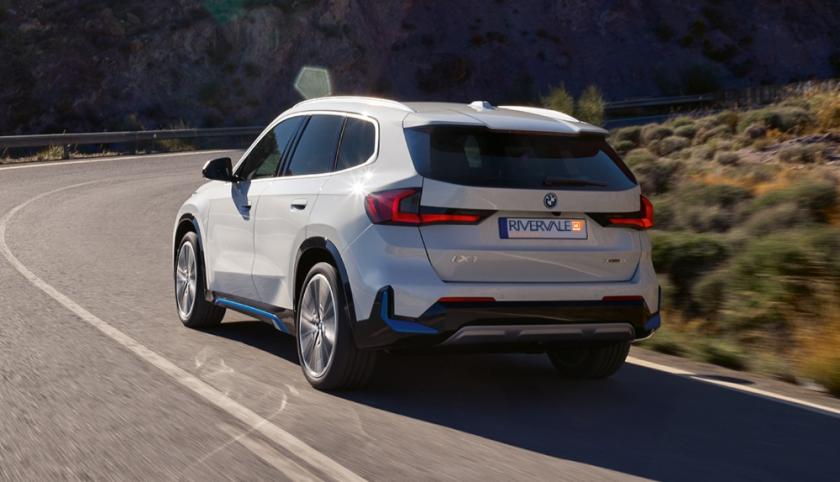 The inside of the iX1 has undergone a little redesign. Gone are the old, tired interiors of yesteryear. In their place is a dynamic look and feel that oozes of the modern, electric era design.

The spacious interior contains a curved, twin-screen dashboard, giving the iX1 a futuristic look. A 10.25 infotainment system sits next to a larger 10.7" digital instrument cluster that dominates the dash. Apple play and Android come as standard and can also be voice-controlled using the 'hey BMW' feature.

With fewer buttons and an integrated mapping that advises on charging points, BMW appears to have it all figured out.

Other features include four USB-C ports and two 12v power supplies; one in the front and the other in the boot. Dual air-conditioning also comes as standard. BMW have, however, now moved the manual control to the touchscreen infotainment system.

At the back, the iX1 provides a huge 490 litres of storage in the boot. This you would expect from an SUV and provides more than enough space for the family staycation. And to get you there, a six-speaker stereo system makes sure your music can be heard throughout the car. 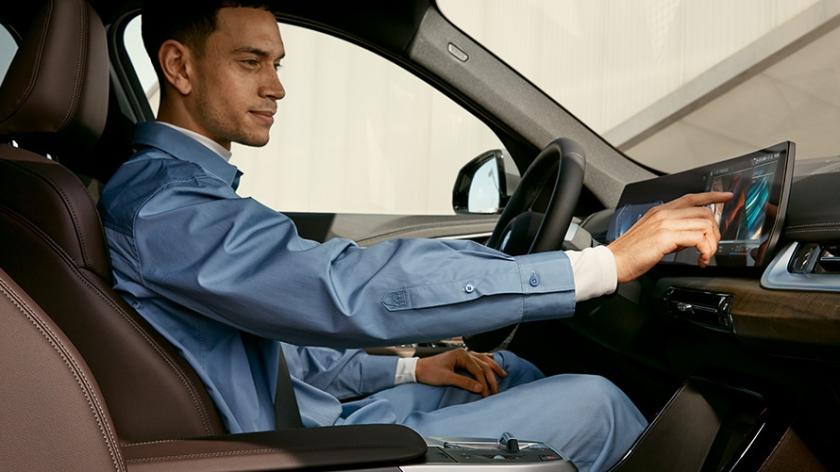 Although it is yet to hit the road, the BMW iX1 is set to follow its siblings and cousins in rivalling the best electric models on the road. Its new design and futuristic interior will no doubt turn heads, and the all-electric feature will be great for the environment.

There still appears to be no official release date for the BMW iX1, although sales are expected to start by the end of summer 2022. This means delivery of the iX1 taking place by early next year. Could this SUV crossover be the car of 2023? That question will be answered in the coming months. In need of something commercial? The performance of the BMW X series is unmatched, why not read more to find out about the electrifying BMW iX3 Electric SUV.

If you think a BMW iX1 would look good on your driveway, get in touch with Rivervale Leasing. Give us a call on 01273433480 to discuss car leasing. Alternatively, you can request a callback for a time that is convenient for you!