The all-new 2020 Vauxhall Corsa has been revealed ahead of its imminent debut at the Frankfurt Motor Show in September, with a range of engine variants available including an all-electric version.

The current Corsa has been one of the UK’s best-selling hot hatches in 2019 thus far, with roughly 33,061 registrations recorded – a number that competes with its arch rivals, the popular Ford Fiesta and Ford Focus. 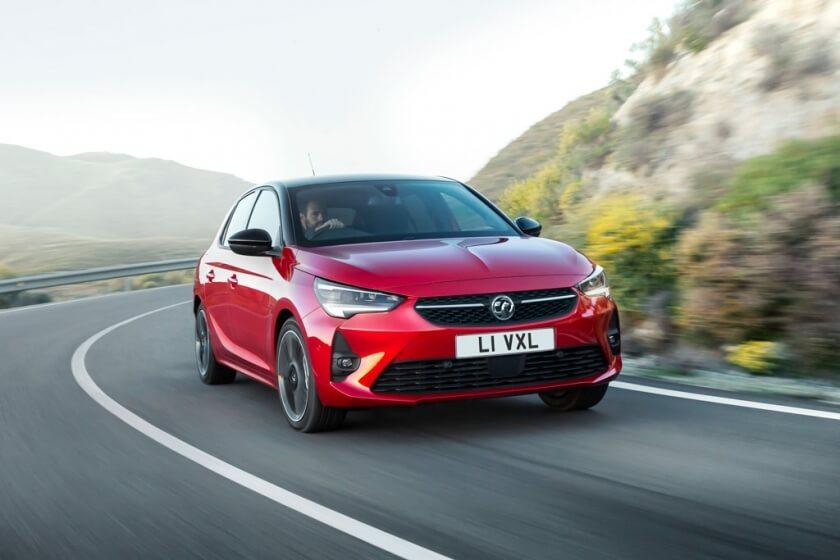 The new model will be Vauxhalls sixth generation Corsa and will be the first model that’s built by the PSA group, Vauxhall’s recent acquisition. Under PSA Group, the new Corsa has undergone significant changes, from exterior and interior, to new technology features and engines.

From launch, the new Corsa will be available with petrol and diesel, and, for the very time in its 26-year history, it will be available with an all-electric option; this really is EV’s hitting mainstream. Buyers will get the choice of two petrol engines and one diesel engine: a 75hp 1.2-litre non-turbo that is geared to a five-speed manual gearbox and a 100hp turbocharged 1.2-litre engine tuned to either a standard six-speed or optional eight-speed automatic. 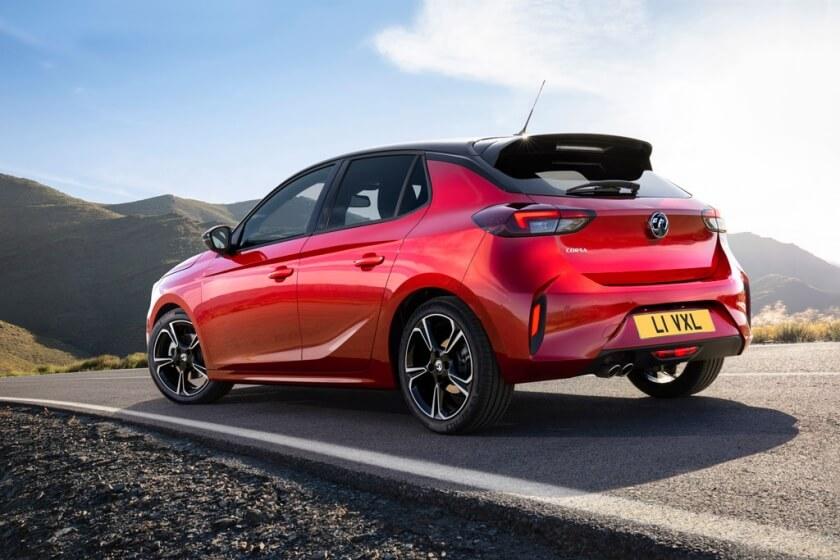 Drivers who want diesel will get PSA’s turbocharged 1.5-litre four-cylinder engine, with 100hp and 250Nm of torque. The engine will come paired with a six-speed manual gearbox. Vauxhall promises that all engines will have better economy and emissions than the current model.

The fully electric version – called the Corsa-e – uses a 50kWh battery and a 100kW electric motor that delivers 134hp and 260Nm of torque, accelerating from 0-62mph in 8.1 seconds. It can go from 0-30mph in just 2.8 seconds, which makes it the perfect car for urban driving. 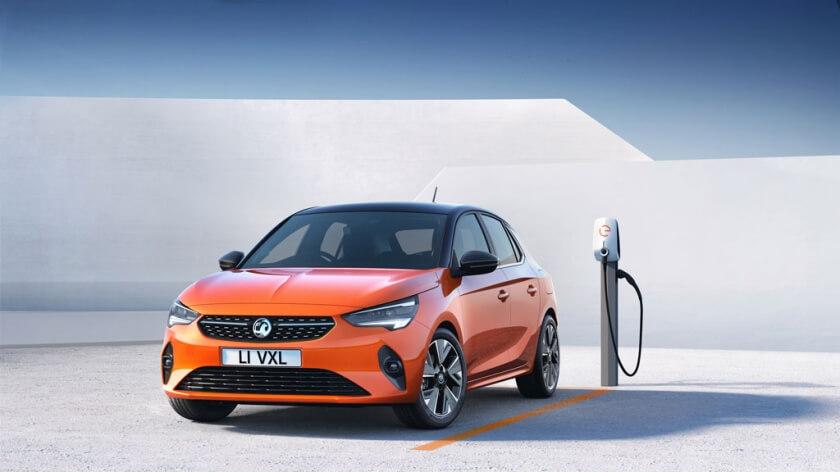 Read more: Find an electric vehicle to suit your budget

The Corsa-e claims an all-electric range of 205 miles under the WLTP cycle, which Vauxhall says can be increased by up to 40% by the Corsa-e’s Eco mode, meaning you may be able to drive an additional 80 or so miles if driven carefully. Charging it from empty to 80% using a rapid charge takes only 30 minutes.

Standard across the Corsa range (Corsa-e included) will be traffic sign recognition, cruise control, pedestrian detection, automatic emergency braking and lane keep assist. The Corsa-e will come with a panoramic rear-view camera, which Vauxhall say will improve visibility by up to 180%, helping drivers to be more aware of their surroundings when driving. 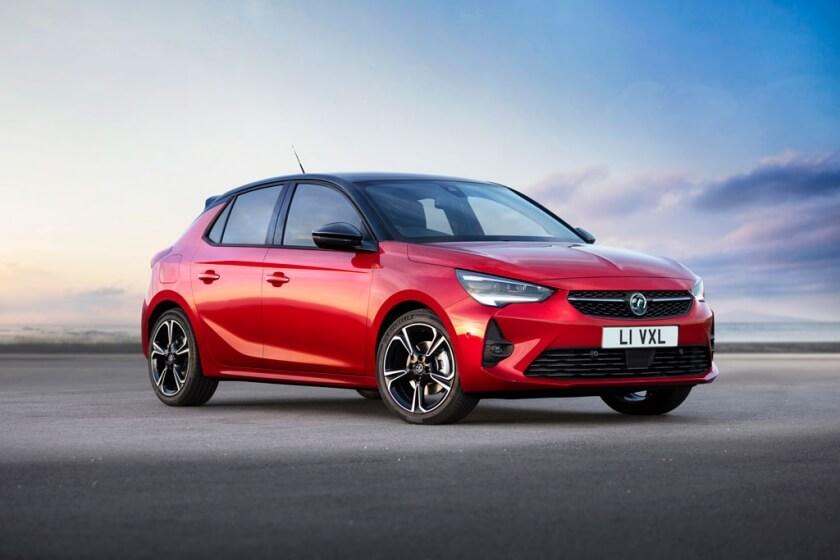 There will be a choice of 4 trim levels available in the new Corsa range, starting with the entry-level SE model, mid-range SRi model, the Elite Nav and, as the name suggests, the range-topping Corsa Ultimate Nav. Prices start at £15,550 for the entry level models, rising to £25,990 for top-spec models.

Examples of features found at each trim level can be seen via the table below;

In addition to the above models, Vauxhall usually adds mini trim levels to their range, such as the SE Nav and SRi Nav, and all but Ultimate are available as Premium versions.

The new Corsa will weigh 980kg, which is around 10% lighter than the previous model – approximately 130kg less than the lightest Ford Fiesta. Despite the weight loss, the new Corsa is larger than the previous model, with a bigger body and longer wheelbase, this creates more interior and boot space. It is likely that it will be sold only as a five-door model. The new Corsa will share the same Common Modular Platform (CMP) used in the new Peugeot 208. Vauxhall says that the reduced weight and new platform aims to improve the Corsa’s overall economy, emissions, performance and handling.

The outside of the new Corsa reveals some radical changes. Upfront, there is a wider, more distinctive grille and very slim headlights with integrated daytime running lights, which gives the Corsa a very sporty, dynamic character. 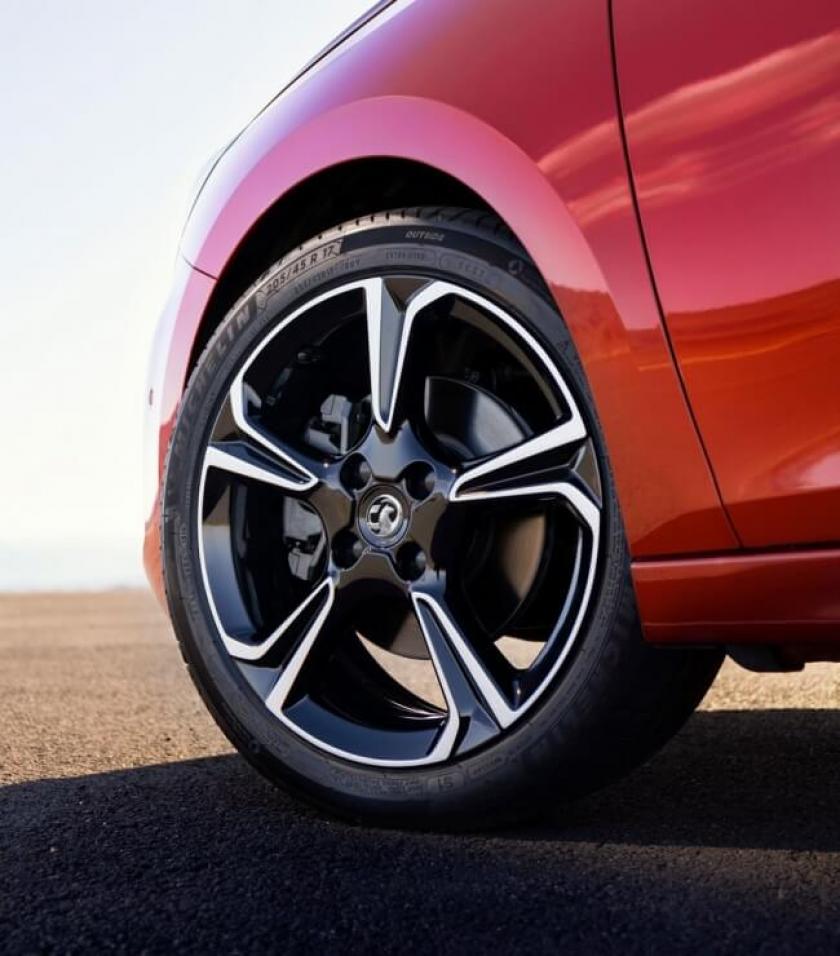 Moving towards the rear, you get all the usual signature cues – for example, the LED tail lights, the badging, a small roof spoiler, concave boot lid, etc. However, this styling is only available on top of the range models (Corsa-e electric included), and not on less expensive versions. The petrol and diesel models are visually identical to the Corsa-e electric model. The only difference however is that conventional models will come equipped with different alloy wheels.

Interior features and technology available on the new Vauxhall Corsa

The inside of the Corsa also gets a drastic makeover, too. Like the Corsa-e, the 2020 Vauxhall Corsa follows a very similar design layout, and is equally as stylish and high-quality inside. You can tell that Vauxhall have taken some of their inspiration from Peugeot, with the sleek gear selector. A touchscreen infotainment system is standard across the range, starting with a 7-inch display on less expensive models, rising to 10-inch screens on high spec models. Apple Car Play and Android Auto both come as standard. Those that opt for models with a 10-inch touchscreen will have sat-nav with real, vehicle data checking through an app, direct connection with roadside assistance and an SOS system all included as standard. 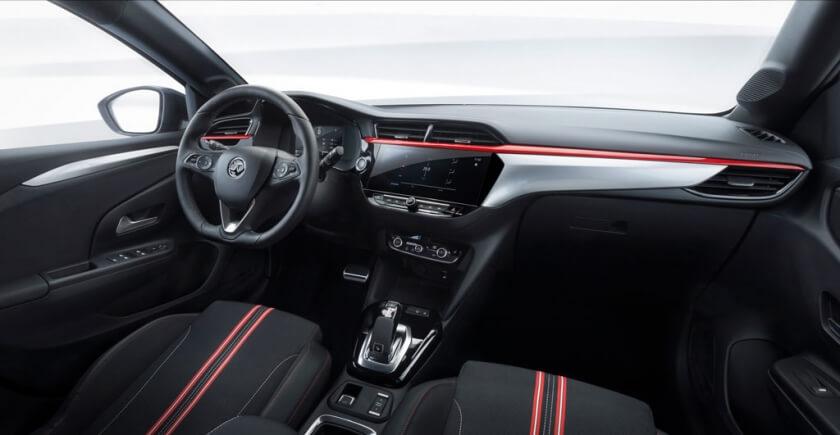 The new Corsa oozes quality with unprecedented luxury and unmatched comfort. Heated seats comes as standard with a massage function and drivers can switch between 3 heat levels, with heated steering wheel available as an optional extra. In addition, you can also get Intellilux LED Matrix headlamps with LED tail lights, which enables you to drive at night with high beam without actually dazzling oncoming drivers.

You can expect the Corsa-e electric model to start from £26,490 with the Government’s £3,500 electric car grant included. If you are one of the first 500 people to place your order down for the new Corsa-e, Vauxhall will include a wallbox home-charging unit (free of charge).

Read more: what are the benefits of leasing an electric car? 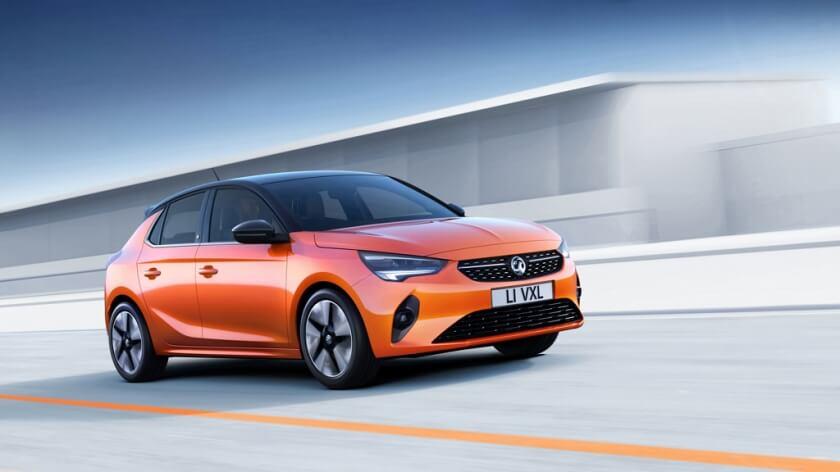 If you would like to stay informed when car leasing prices for the new Corsa and Corsa-e are released, then register your email here!

What are your throughs of the new Corsa?