What Should You do if You Are Hit By an Uninsured or Untraceable Driver?

For a while at least, it looked as though uninsured drivers were on the decline. In the past 5 years, however, car insurance offenders have increased by more than 21 percent.

It is now estimated that there are over 1 million uninsured drivers on UK roads. In 2018 there were 26,000 recorded injuries involving uninsured or hit and run drivers. To put it in context, that’s one person injured every 20 minutes.

So what are your options if you are involved in a crash with an uninsured or untraceable driver?

The Motor Insurer’s Bureau (MIB) was set up in 1946 with the sole purpose of compensating victims of uninsured and untraceable drivers. If a claimant has exhausted all other routes to compensation, the MIB will consider compensation claims for injuries as well as vehicle and property damage.

The MIB is a not-for-profit organisation. Under the Road Traffic Act 1988, every motor insurer is legally required to be a member of the MIB. Insurers must also contribute to the organisation’s funding - although this cost is really borne by motorists through their policy premiums. Contributions to the MIB are estimated to increase car insurance premiums by around £30 per policy.

The MIB accepts claim submissions from any road user including cyclists and pedestrians. The accident must have occurred in the UK including the Isle of Man, Channel Islands and Gibraltar.

Before submitting a claim, attempts to obtain the identity and insurance details of the other road user must first have been made. You must also have notified both your insurer and the police as they too will attempt to obtain these details.

If you have been hit by an uninsured driver, you will need to meet the following criteria to be eligible to claim: 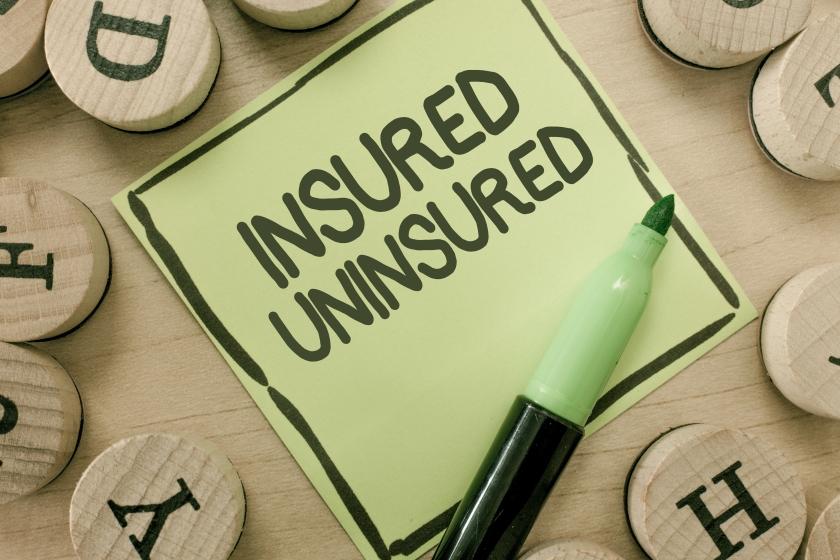 How do I submit a claim to the MIB?

Starting a claim through the MIB can be done online.

Once the application form has been submitted, the MIB will seek to establish the facts. They will obtain reports from the police, witnesses and motor engineers. They will also contact DVLA and your insurer.

You may be asked to provide photos and a sketch or diagram of the scene.

If you are also claiming for an injury you will need to consent to the MIB obtaining copies of your medical reports.

Will I need a solicitor?

There is no need to use a solicitor when claiming through the MIB.

“Most applications to the MIB are from direct claimants. The online forms are dynamic and guide the uninitiated through every step of the straightforward application process. Claimants can use a solicitor or Claims Management Company (CMC) to assist with their MIB claim if they prefer. However, we tend to consider this unnecessary, unless the claimant is a vulnerable client or is unable to complete the process themselves due to injury.”

“If the MIB rejects the claim, the claimant can submit an appeal. In this case, it may be worth speaking to a solicitor.”

If the MIB finds that the other driver was at fault, you will receive compensation.

If they decide that you were partly responsible for the accident they may decide that there was ‘contributory negligence’ and reduce the compensation accordingly.

If the MIB finds that it was your fault, you would not receive any compensation. You can appeal if you disagree with the MIB’s decision.

The MIB state that they will endeavour to reach a decision within 3 months. For lower value claims this period can be as short as six weeks.

The amount of compensation you receive will depend on the severity of the injury and the extent to which it affects your life. You can get an idea of the likely award with an online calculator.

What if I was hit by a foreign-registered vehicle?

The MIB will compensate UK citizens involved in an accident with a foreign-registered vehicle, either in the UK or within the EU. After the Brexit transition period ends, the UK will likely be withdrawn from the legislation allowing victims of road traffic collisions in EU countries to make compensation claims in their own country and language.

The MIB will need access to your medical records to support your claim. You can consent to the release of these records in the application form. You should make sure that you get medical attention as soon as possible after your accident as the records will be necessary to claim.

As with any injury claim, although you technically have 3 years, it is generally a good idea to start the process as soon as your health and recovery permits. It will be easier to make a stronger claim if the details of the accident are fresh in your memory. Evidence like witness statements are easier to collect if you start sooner.

Have you had an incident with an uninsured driver?