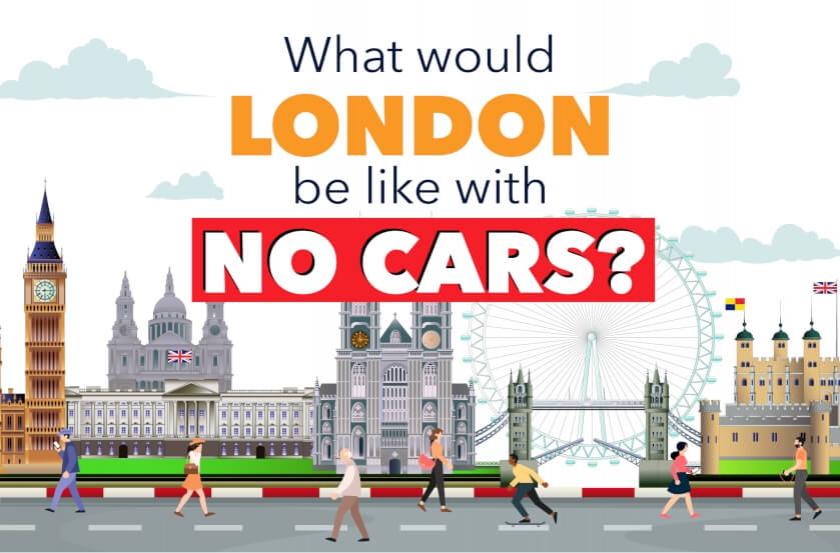 We all know the impact emissions have on the environment and London is like other major cities around the world, heavily polluted by overpopulated traffic heavy streets.

Currently, over 2 million people living in London reside in areas which exceed the current air pollution limits. Over 400,000 of these people are children. 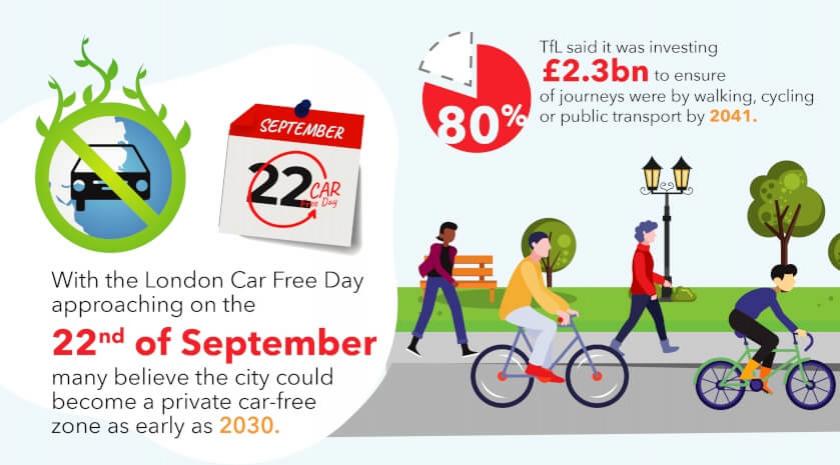 It's not all bad news however, the introduction of Ultra Low Emission Zone (ULEZ) has seen a 20% decrease in overall emissions, and is forecasted to reduce harmful vehicle emissions of nitrogen oxides by 45%. 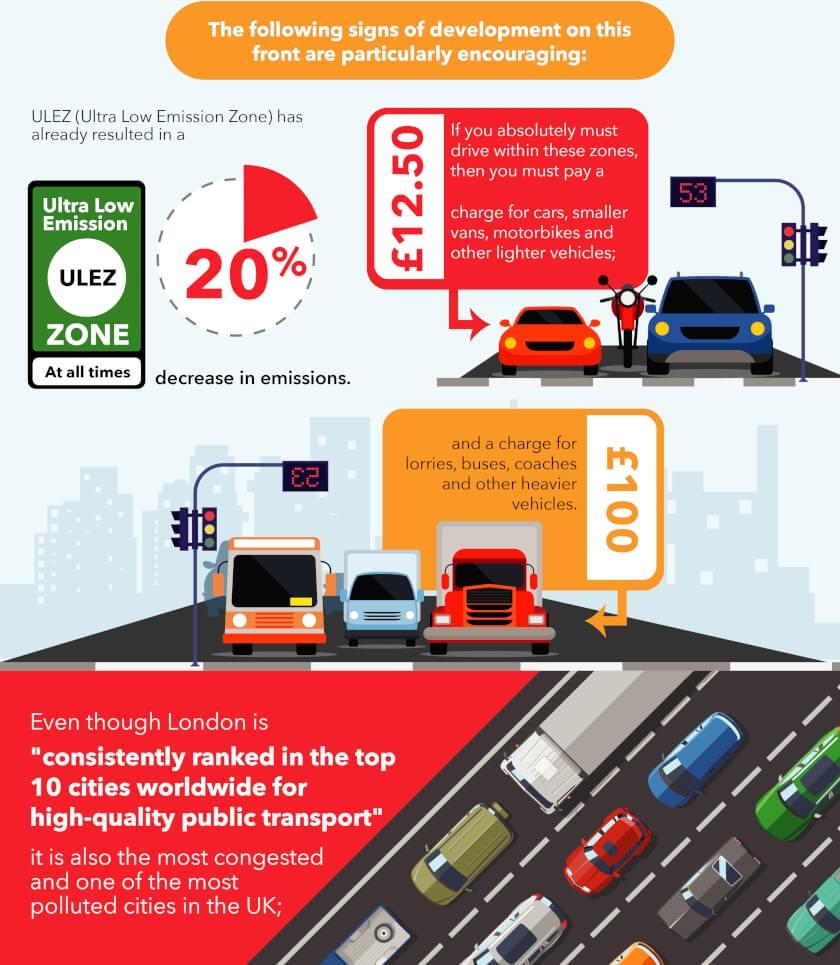 To instigate the change and impact the environment in a positive way the answer is simple, reduce the volume of combustion engines on the roads. The strategy is clear, begin with those vehicles that omit the highest volume of emissions and work your way down.

Public transport is already seeing a big improvement, with 75% of all buses meeting or exceeding the ULEZ emissions standard, and all new double deck buses being hybrid, electric or hydrogen powered. Taxis are also going green, with all new licenced taxis being zero-emission capable. 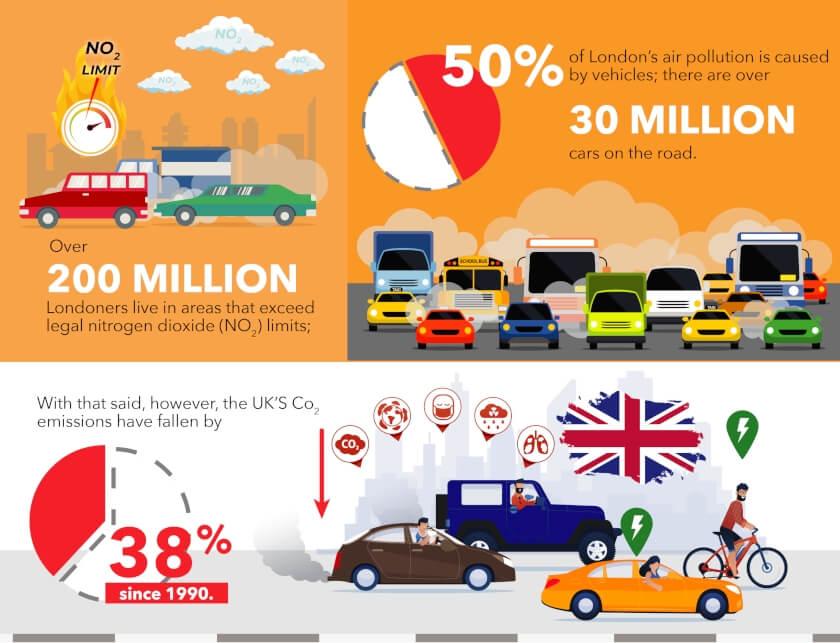 UK Police are doing their part by trialling an electric car within their fleet - setting an example for the rest of the community.

An evergrowing number of people are making the switch to electric, powering the UK Green Revolution forward. With a massive drop in diesel demand by almost a third in October 2018 compared to last year, and an increase in hybrid and electric car demand by a massive 36.9% 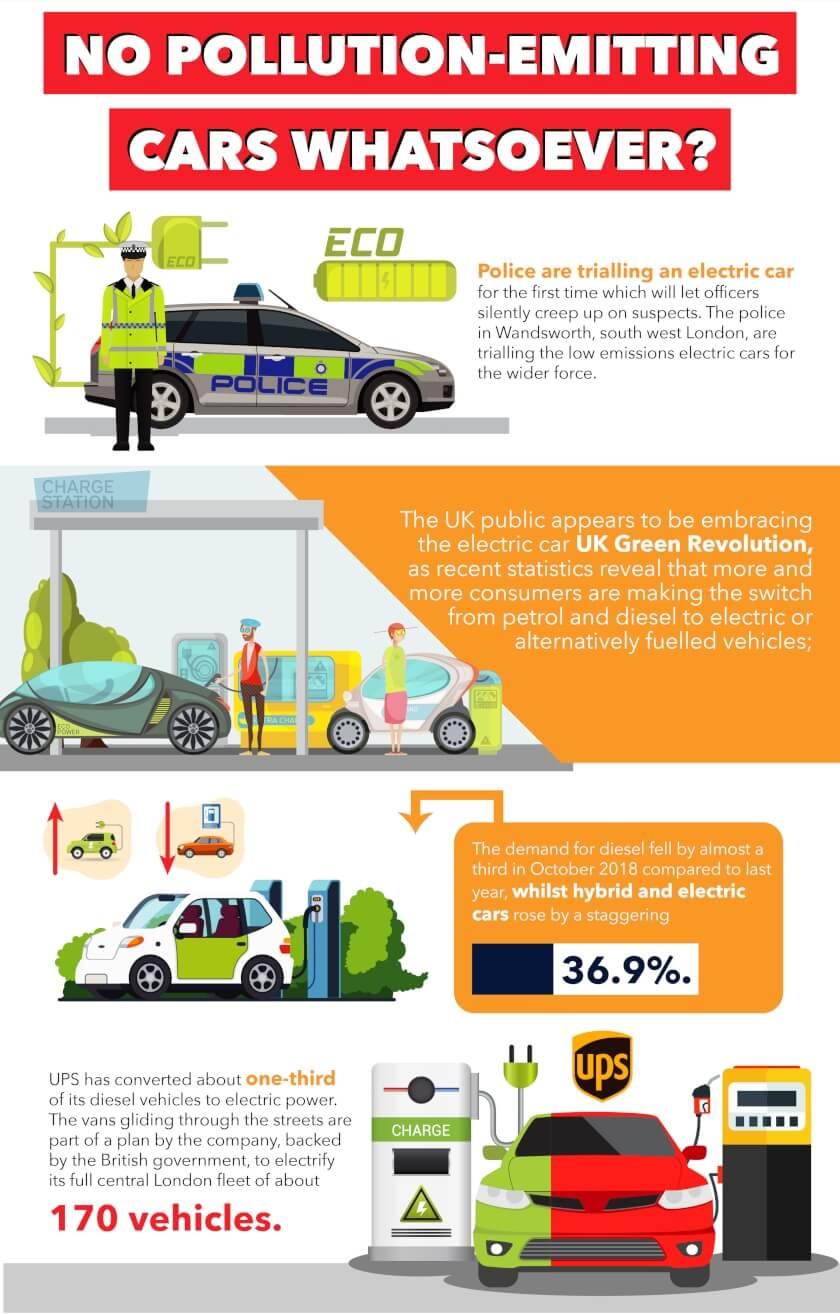 Some cities are even making drastic changes such as outright banning motorized vehicles, with many more cities due to follow suit.

The Dutch government's investment in cycling has proven to be incredibly successful, with nearly 20 billion pounds saved a year! Not only that, but they also have increased life expectancies by 6 months, and prevented around 6500 deaths per year. 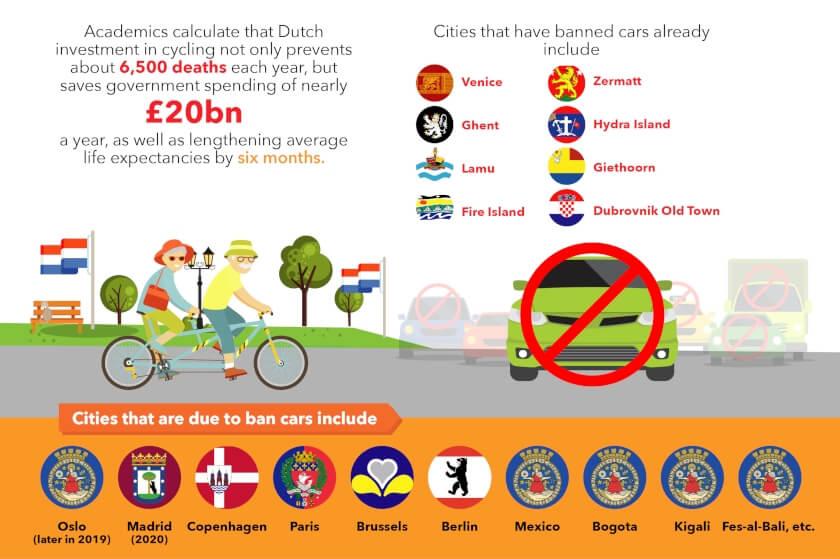 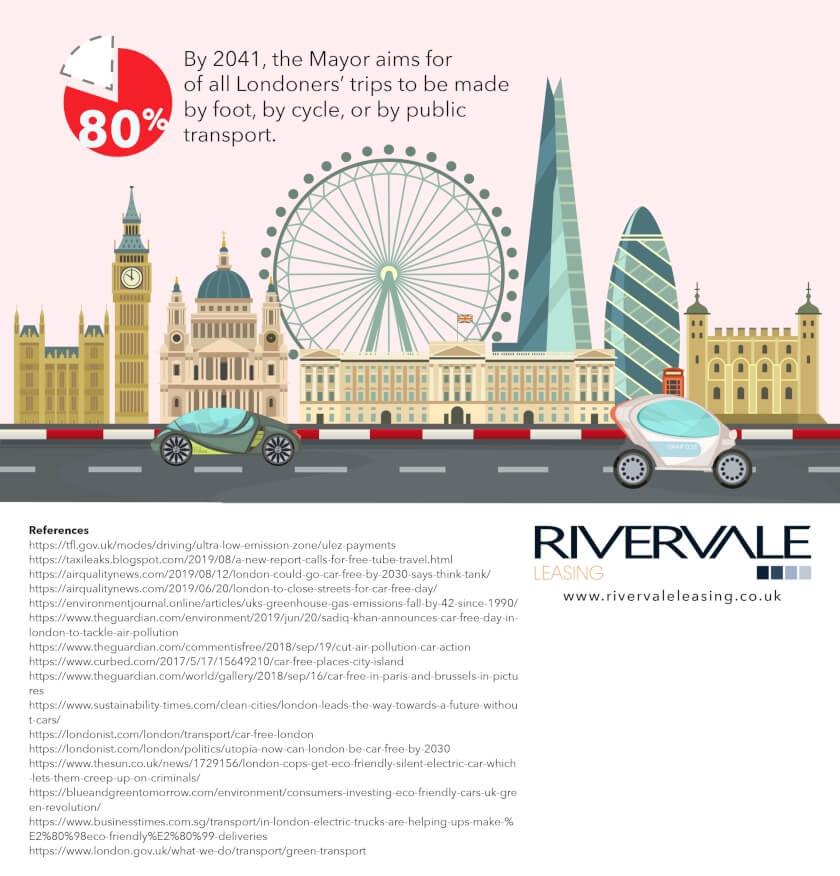 Are you participating in the London Car Free day?