The Fastest Electric Cars To Lease

The popularity of electric vehicles has snowballed worldwide in recent years, including right here in the UK. On a global level, the reasoning is understandable: we are becoming far more environmentally conscious, and these vehicles tend to be a more eco-friendly choice than their petrol or diesel counterparts. In turn, as governments hope to reach their sustainability goals, they are incentivising the purchase of electric vehicles with financial benefits like tax reductions, grants, and the Clean Air Zone exemptions.

Read More: How To Get The Most Range From Your Electric Car

But the increasing popularity of electric cars cannot be linked to financial or environmental payoff alone. These cars’ power and quality have come on in leaps and bounds, with manufacturers seemingly constantly producing newer and better models. This is particularly true in terms of speed: while, historically, EVs haven’t been renowned for how fast they are or their acceleration rate, this is quickly changing. Here are some of the fastest electric cars currently on the market (as of 2021).

Founded in 2003, Tesla is arguably still a new kid on the block - particularly compared with other popular manufacturers, who have been running since the early 1900s or even the 1800s. Yet already, they’re one of the most renowned car companies in recent memory, especially when it comes to EVs. In fact, many would consider the name Tesla synonymous with these types of vehicles.

The Tesla Model 3 is one of the more affordable Tesla options, though it certainly doesn’t compromise on quality or speed. It’s one of the fastest eclectic vehicles out there. This model outperforms most EVs, which are similar to it: it can go from 0-60mph in an extremely impressive 2.9 seconds. Its top speed is 162mph, with a range of 348 miles.

Read More: Tesla Model 3 - Everything You Need To Know!

The I-Pace was the first fully electric car produced by Jaguar, maintaining the same sporty, iconic feel of their trademark vehicles. Recent winner of the European Car of the Year and World Car of the Year, this vehicle doesn’t compromise on the performance and power that this manufacturer is well known for. The Jaguar I-Pace has a good range of 298 miles in a single charge. It has 400 horsepower, is capable of a top speed of 124 mph, and can go from 0-60 in a cool 4.5 seconds. 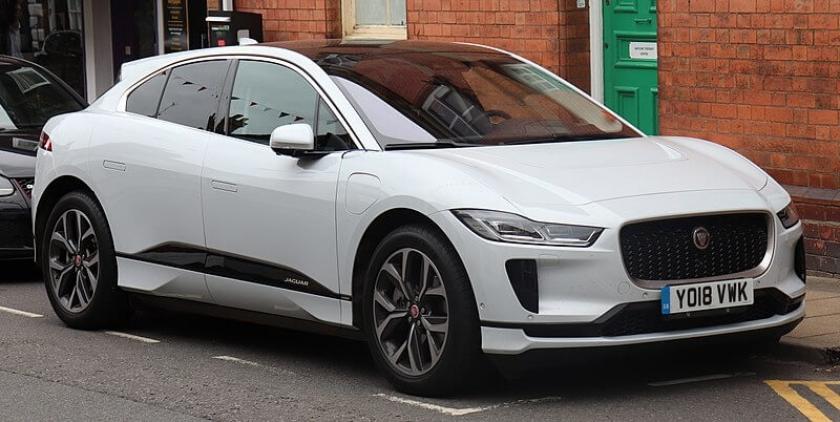 When it comes to SUVs, the Tesla Model X is absolutely best in class. Despite its weight and impressive spaciousness with room for seven, the Model X feels remarkably light and speedy.

Boasting a range of 315 miles, the Model X is powerful, with 778 horsepower. In terms of its top speed, the Model X has the capacity to reach 162.8 mph, and it can also reach 60mph in 2.9 seconds. That’s faster than a large proportion of current electric vehicles in general, nevermind SUVs. 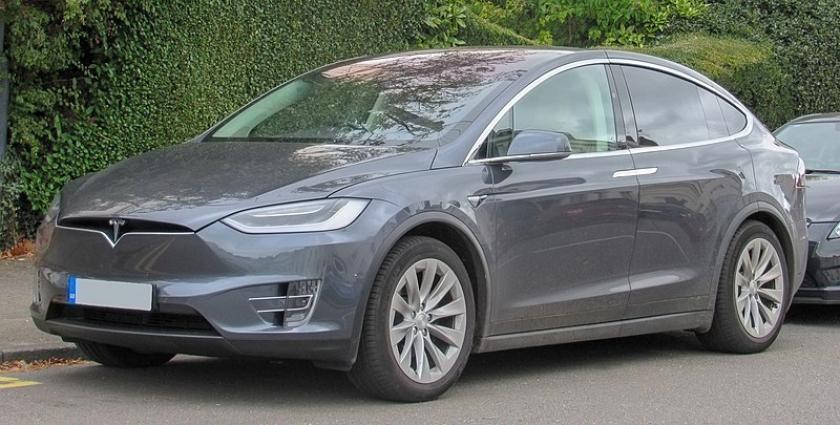 The Porsche Taycon is another example of a manufacturer’s first fully EV done right, without compromising any of the iconic attributes you’d find in their petrol or diesel counterparts. The Taycon holds the power and performance you’d associate with any Porsche vehicle and goes against the all too popular belief that EVs require too frequent, long charging periods, with a 250-mile range on one quick 15-minute charge.

It’s speedy itself, too: the Taycon has horsepower of 560, allowing it to reach a top speed of 161mph. It can go from zero to 60 in 2.8 seconds, making it one of the highest on the list. 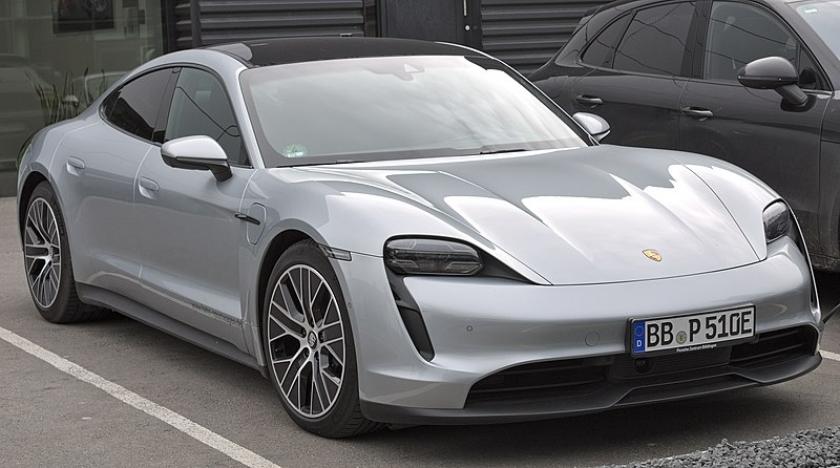 The Tesla Model S has certainly been a game changer. A powerful car with horsepower of 503, this model can travel up to 409 miles per charge - an important factor for many would-be EV consumers.

While its top speed doesn’t quite beat some of the others on this list at 155mph, the Model S is absolutely renowned for its quick acceleration. It actually holds the record of the fastest acceleration of any electric car currently on the market, going from 0-60mph in an incredible 2.3 seconds. The Tesla S is a great demonstration of the future power and potential of electric cars, proving exciting things are in motion for the automotive industry. This model alone has shown a considerable drop in acceleration time already, and this may further decrease to an even more impressive speed as time goes on. 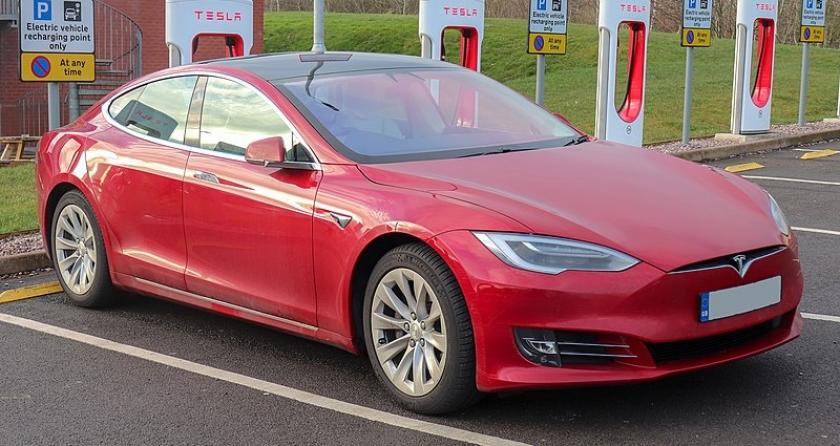 While all of the cars listed above are electric cars currently on the market and available to lease from us here at Rivervale, we wanted to take a look at some of the newer, fastest electric vehicles that will soon be launching around the world. These are models that are not yet available and may not ever be for most of us. Still, they’re a fantastic example of how electric car manufacturers worldwide are pushing the boundaries of technical innovation.

Croatian company Rimac is promising big things with the C_Two, their second production and what they claim will become one of the fastest electric cars in the world. A hypercar boasting some seriously impressive numbers, the C_Two has been said to reach a top speed of 258 mph with an acceleration rate of 1.85 seconds from 0-60mph. These are big claims, but Rimac already impressed the world with the Concept One, which back in 2013 was the world’s fastest accelerating vehicle. So, it certainly seems possible. 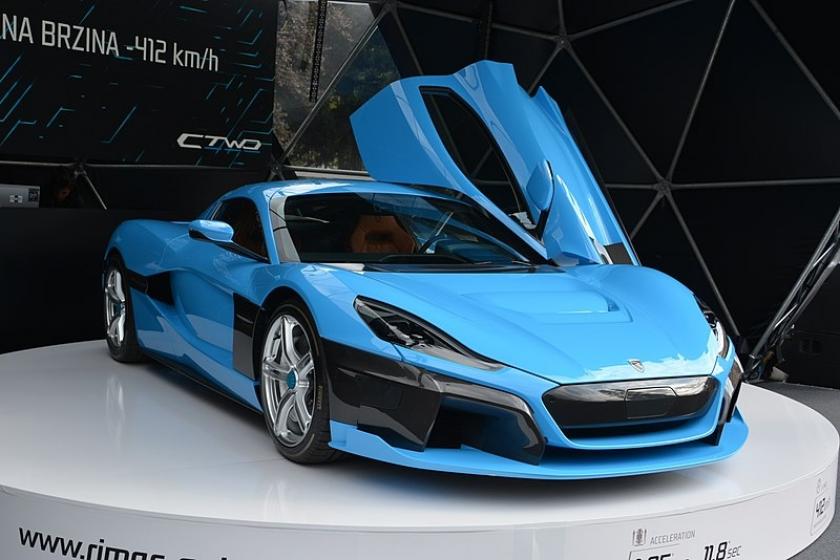 But ultimately, topping this list is an electric hypercar from Japanese company Aspark, the Owl, which is set to become the fastest electric car in the world. Its claimed acceleration rate is the most impressive feat, going from 0-60 in just 1.69 seconds. But that’s not all - Aspark promise that the Owl will have a top speed 249mph.

A car of this speed is obviously going to be exclusive, and expensive. The Owl most certainly will be, with Aspark planning to produce a mere 50 vehicles, priced at £2.5 million each. 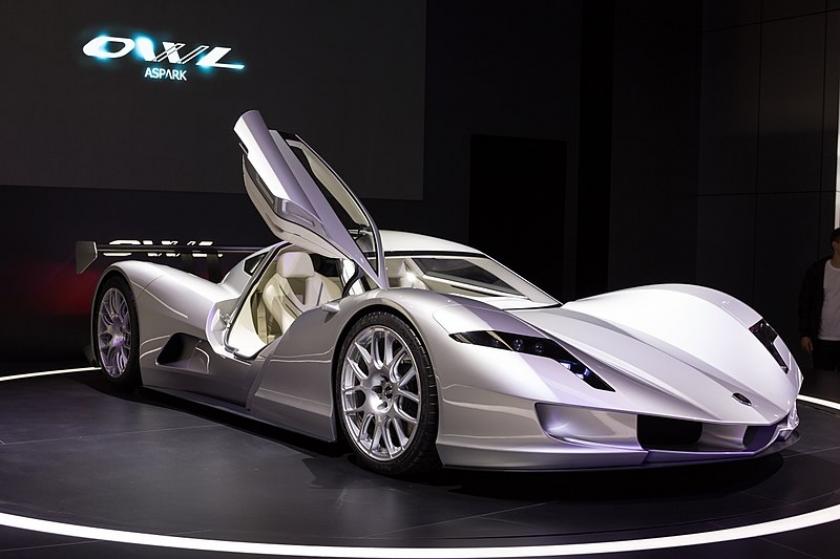 While the Aspark Owl and the Rimac C_Two may feel slightly unattainable, huge advancements in the speed of electric vehicles in general demonstrates how valuable this market is becoming. In the meantime, if you’re considering making the switch to an electric car, you can be assured they don’t all cost £2.5 mill. We have all of the top listed vehicles of this article available for lease with a wide range of packages - get in touch to find out more.

Wondering what the best electric cars are to lease? We’ve got a speedy bunch to choose from, take a look at our electric car lease options online now.

If you are interested in leasing, contact one of our expert team on 01273 433480, or request a callback at a time that suits you.

What is your car's max speed?