Sony is renowned for its groundbreaking development and utilisation of technology, yet its most recent concept car has made waves within the electric car market. The new Sony Vision SUV prototype was revealed earlier this month and Sony appears to be teasing whether this year it’ll actually build and release the vehicle. The second of Sony’s released prototypes, the Sony Vision S SUV is comparable in build to that of the Tesla Model X, Audi e-Tron, and Mercedes EQC, and is demonstrating Sony’s technological versatility.

What could be Sony’s first emergence into the vehicle market under the subsidiary ‘Sony Mobility Inc.’, the Sony Vision S SUV is an all-electric vehicle packed with innovative technology both in the interior and the exterior. Bearing semblance to the first saloon-style prototype revealed by Sony last year, the Sony Vision S SUV has similar curvature and LED lights cutting across the exterior, particularly striking with its positioning under the bonnet and connection with the angular headlights.

The Sony Vision S SUV is set to be a seven-seater vehicle, yet the number of seats hasn’t detracted from its design. With a sloping rear and two-toned colour scheme, the Sony Vision S SUV appears to derive inspiration from the Tesla Model X and focus on introducing innovative aesthetics to the SUV market, as well as standing out from the all-electric crowd. 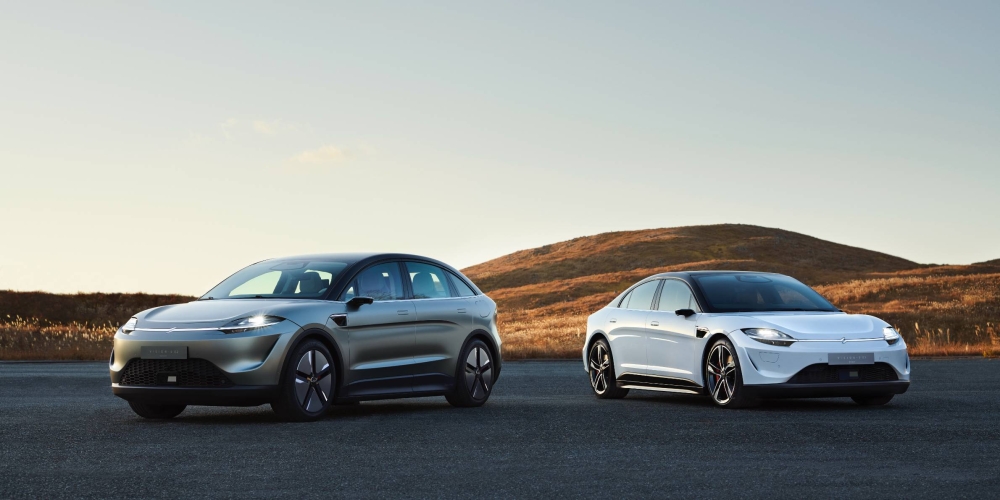 Little is yet known about the potential specifications of the Sony Vision S SUV. Judging by the excess of technology featured throughout the interior and exterior, as well as Sony’s design potential, the standards have been set high. It can be expected that Sony would strive to produce an engine with performance capabilities comparable to that of top, industry-leading brands. To see what Sony is competing with, read about the electric cars with the longest range.

What continues to set the Sony Vision S SUV prototype apart from similar vehicles is the sheer level of technological capabilities Sony has already boasted in the virtual design. Sony has already revealed the capability to allow passengers to play Playstation video games remotely using the built-in television screens positioned in the back of the headrests. Additionally, Sony has revealed 5G connectivity will be commonplace within their models. Therefore, it's unsurprising that semi-autonomous technology is to be featured throughout the interior, rivalling that featured within some of Tesla’s more high-end models.

In addition to this, Sony has already outlined plans to introduce pre-built driving monitors featured within every model. This is to ensure that every driver will be reminded to stay focused and safe throughout their drives - regardless of where they are. Interested in other outstanding new SUVs? Why not check out the new BMW iX Electric SUV? 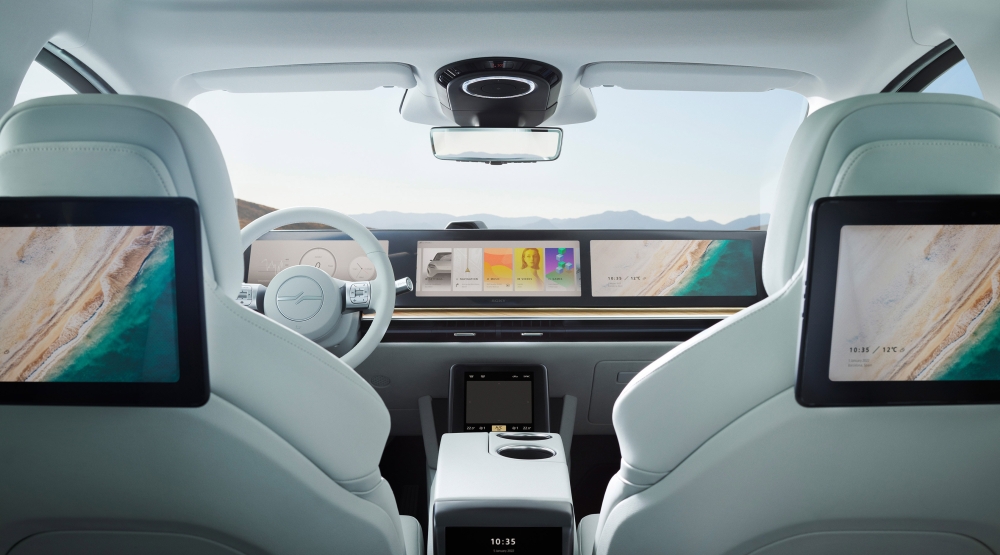 The interior of the Sony Vision S SUV prototype was revealed to be decked out in plush white leather, with a leather steering wheel with chrome detailing inlaid into the centre. It is evident that the Sony Vision S SUV prioritises luxury and comfort, shown through its excess of accessible technology in both the cabin and the rear. This ensures that every passenger is entertained and that the driver is able to access essential technology on the go. Want to see the most luxurious and outrageous car interiors? Have a look at the best vehicle interiors ever.

As concerns have previously been raised in regards to the minimal sound produced by all-electric vehicles and the danger this could pose to pedestrians, the Sony Vision S SUV prototype is set to address these. Sony has revealed that they will allow every driver to choose their own synthetic engine noise. In doing so, Sony is potentially outlining a new standard for industry-leading electric vehicles by prioritising the safety of pedestrians.

Little is currently known about the potential specifications of the Sony Vision S SUV, yet due to its all-electric build, it can be ascertained that the Sony Vision S SUV will have a low carbon footprint. In turn, this will offer an environmentally-friendly choice for consumers.

Whilst little is still known about the Sony Vision S SUV prototype and whether it will be released, Sony’s intention to create a mobility-focused subsidiary this Spring could spell positive news for car fans and technology buffs alike.

Has the Sony Vision S SUV caught your interest? If so, contact us at Rivervale today and we can help you find your dream all-electric model. Call 01273 433 480 to take the next step or email info@rivervale.co.uk if you have any questions. Alternatively, request a callback for a time that suits you. Our friendly and experienced team members are standing by to help!