The new Suzuki S-Cross has a surprising amount of power which is thanks to its low weight. Compared to other SUVs in its class - like the Volkswagen Tiguan and Nissan Qashqai - it certainly looks the part too.

So should you lease it or skip to the next vehicle on your list? Keep reading to find out!

Find out what Jack the Lads thinks of the Suzuki S-Cross?

The first Suzuki S-Cross was launched back in 2013 and, although successful, didn’t set the world on fire. Suzuki has since made a number of improvements - taking into account feedback to create a second-generation model that vastly improves upon its predecessors.

Stylistically the S-Cross is eye-catching. Integrated roof rails and angular black wheel arches give this SUV its own distinctive style that’s sure to turn heads when you take it out on the road.

In terms of size, the Suzuki S-Cross is 4300mm long, 1785mm wide, and 1593mm high. Its wheelbase is 2600mm, and there’s enough space internally for most - although very tall people might find their head touches the roof.

With the Suzuki S-Cross, you can choose from one of two trim levels:

One thing is for certain: whichever trim you choose, you’ll get plenty of kit for your money. 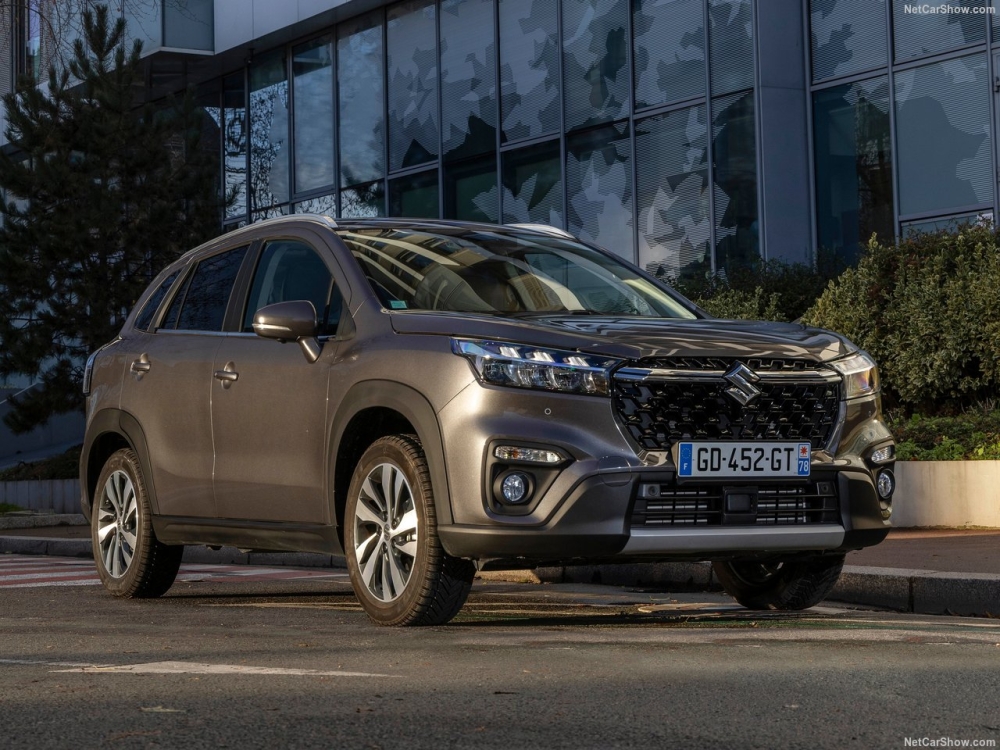 Whether you opt for the Motion or Ultra, the Suzuki S-Cross includes a 1.4-litre turbo diesel which the manufacturer describes as ‘petrol-electric.’ In truth, it’s better classified as a hybrid - which is true of other SUVs in its class. Confused by Hybrid technology? Follow our guide to learn the differences between electric, hybrid and petrol cars?

Nonetheless, the S-Cross is fuel-efficient and provides plenty of power when accelerating from a starting position - hitting 62mph in just over ten seconds and regardless of whether you’ve leased the manual or automatic version.

In terms of fuel economy, expect to get just under 50mpg, a figure Suzuki hopes to improve in the future when it launches an improved version of its petrol-electric technology. So watch this space. 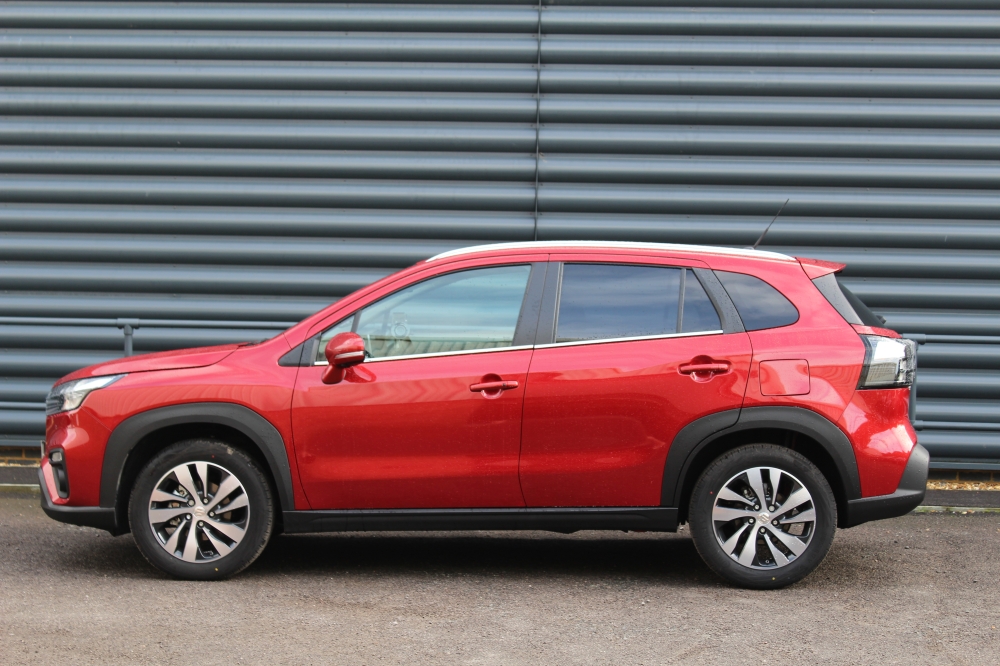 Suzuki listened to customer and industry feedback, overhauling the S-Cross’s aesthetics to produce a curvier and more angular vehicle that’s likely to catch people’s attention. This is thanks to distinctive creases in the bodywork and an eye-catching V-grille.

Larger wheel arches and slimmer headlamps help bring the Suzuki S-Cross into the modern age, helping it to compete with rival models like the Nissan Qashqai. Click here for more information on the new facelifted Nissan Qashqai.

Internally the S-Cross feels neither cheap nor plush. It’s somewhere in the middle, and the biggest downside is the lack of headroom mentioned earlier, which taller people will struggle with. But it’s certainly comfortable to drive and provides 430 litres of boot space. 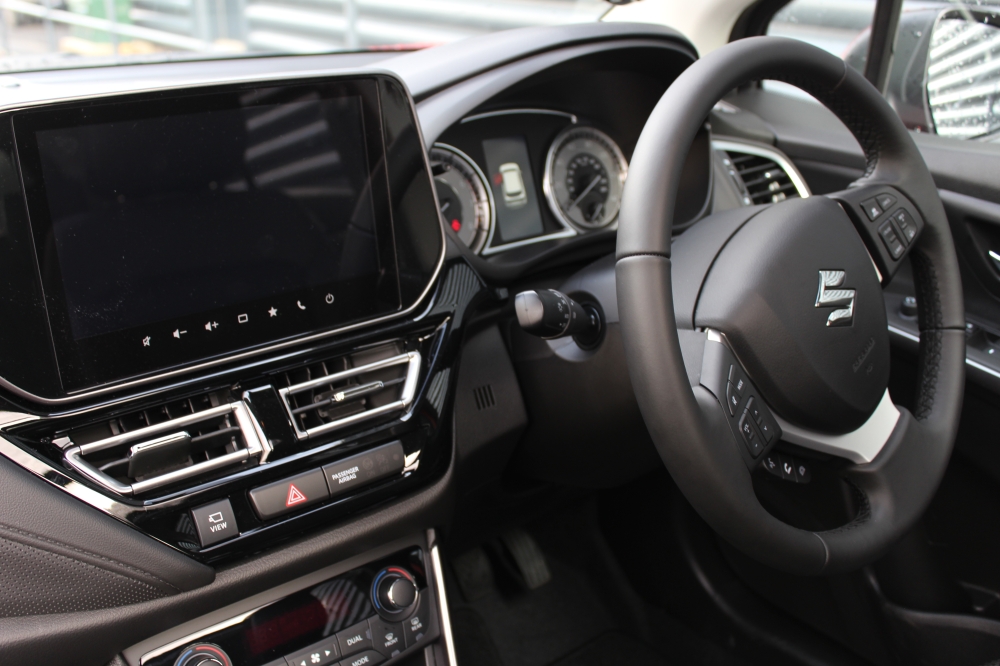 The Suzuki S-Cross has plenty of punch under the bonnet, which is partly enabled by its hybrid engine. The manual version is smooth - enabling seamless gear transmissions. Choose automatic, and you might experience a slight delay when upshifting.

Expect a comfortable ride overall. Whether you’re driving at higher speeds on the motorway - or traversing local roads - your SUV’s soft suspension will smooth out the bump. Steering can feel spongy when cornering sometimes, which is a side product of the S-Cross’s light steering.

The Suzuki S-Cross has an NGC rating of 36 and is regarded by most as one of the more environmentally friendly small-class SUVs available on the market. With the green vehicle market on the rise in recent years, we take a look at the best hybrid cars in 2021. 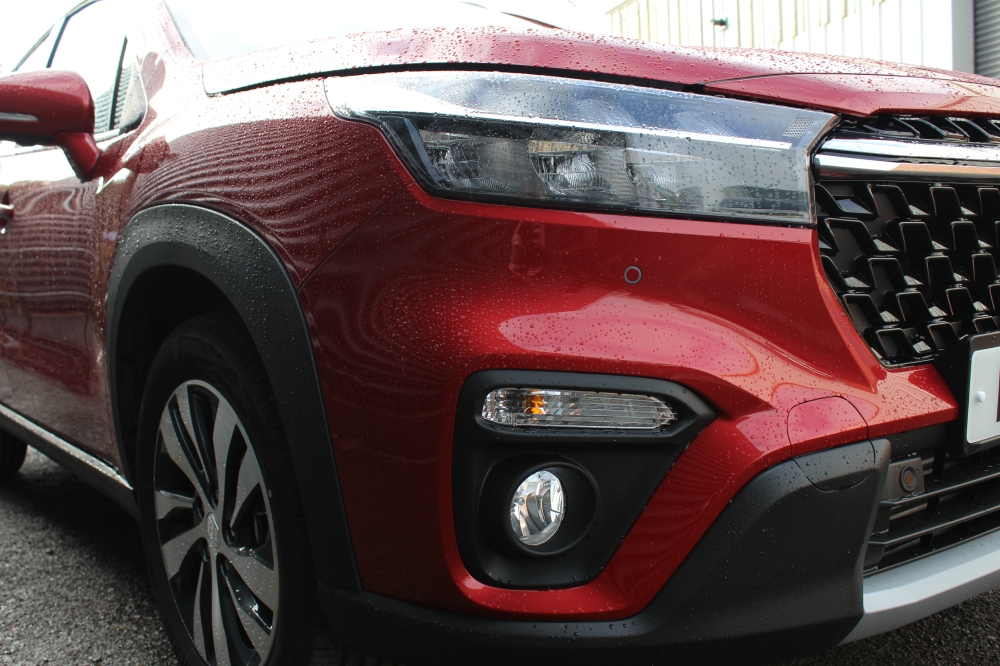 Is the Suzuki S-Cross the most exciting hybrid SUV on the market? No, but it’s not drab either. Externally its aesthetics help it stand out from rivals in its class, and the interior is pleasant - if not overwhelming.

Although powerful, the S-Cross never feels fast, so it’s not a car for petrolheads. But it handles well on motorways and local roads and will keep you and your family safe as a result.

Fuel economy is good, meaning you won’t have to refuel as often, and the vehicle handles well enough - although the manual version is significantly smoother than the automatic.

Overall, the S-Cross is a comfortable, safe, stylish SUV that’s ideal for families on a budget and who want something dependable rather than flashy and high performing.

Call 01273 433 480 to take the next step or email info@riverleasing.co.uk if you have any questions. Alternatively, request a callback for a time that suits you. Our friendly and experienced team members are standing by to help!