What can we expect from hydrogen-fuelled cars moving forward?

Over the past few years, interest and production of electric vehicles has skyrocketed - and with governments across the world committing more money and action to greener policies each year, it should come as no surprise.

Electric plug-in cars, plug-in hybrids… they all come with their own advantages, disadvantages, and we’re seeing more of them every year. But what about hydrogen-fuelled cars? How do they work - and what could their future hold in the UK?

Well, the name is fairly self-explanatory. Hydrogen fuelled cars use a small battery, which is powered electrically by a series of internal chemical reactions between hydrogen and oxygen.

Unlike other electric cars, which use an electric battery which must be regularly charged in order to power its motor, or plug-in hybrids which use a combination of both a battery and a traditional engine, the motor in a hydrogen-fuelled car is powered entirely by these chemical reactions. This means that the cars aren’t electrically charged, but rather refuelled with hydrogen. So, unlike other electric cars, the battery never runs flat.

What are the advantages of hydrogen-fuelled cars?

One of the major drawbacks when it comes to typical electric cars is the time that it takes to charge them. It takes much longer than it does to refuel a conventional gas vehicle, and much shorter distances can be covered before the battery requires charging yet again.

This is a problem that drivers won’t face with hydrogen-fuelled cars - because they are refuelled with hydrogen, not charged purely electrically, it’s a much more efficient process that is completed in a matter of minutes. They are also able to cover significantly larger distances, much like petrol or diesel vehicles, before they require refuelling. 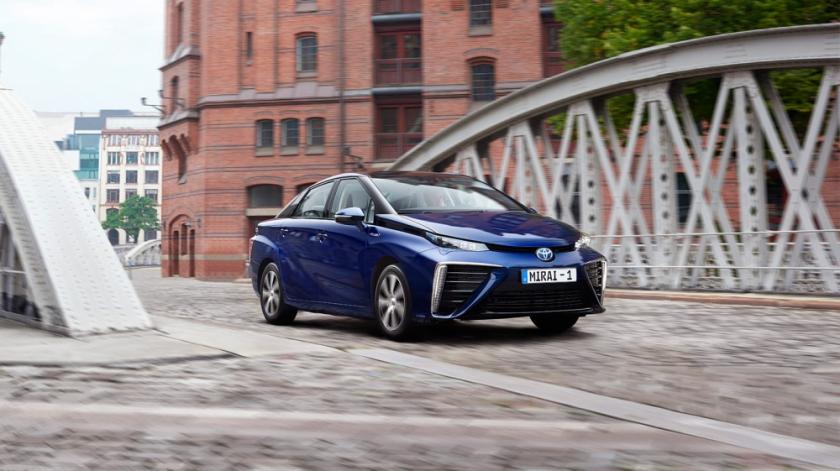 Hydrogen fuelled cars are also very lightweight compared to typical electric cars, which have much bigger batteries. There are very few internal moving parts to these vehicles, which mean that they run extremely smoothly and quietly, especially when compared to their petrol or diesel counterparts.

However, one of the primary reasons that hydrogen-fuelled cars are gaining momentum and popularity is due to their environmental viability. One of the most significant benefits of the hydrogen car is the fact that the only byproducts of the chemical reaction that fuels it are heat and water, meaning water is the only waste product created by a hydrogen-fuelled car. It produces zero carbon dioxide or toxic emissions and reduces air pollution and our reliance on fossil fuels.

It’s a far more environmentally friendly, emission-free way to travel, even when it comes to longer journeys.

What can we expect from hydrogen cars moving forward?

Here’s the catch with hydrogen-fuelled cars: while their popularity is quietly rising, and they’re the subject of quite a few conversations, they’re still fairly rare in the UK. As a result of this, the infrastructure needed to make them accessible just isn’t quite there yet. The issue is mainly refuelling.

Currently, there are just a handful of refuelling stations for hydrogen cars in the UK, which is obviously potentially problematic if you don’t plan out your journey meticulously enough. While they can cover a fair distance, fueling can be a hassle.

However, this is what is most likely to change. Hydrogen fuelled cars are an otherwise marked choice in terms of efficiency, practicality, and sustainability. With the UK committed to becoming net-zero by 2050, it makes sense that these vehicles will become more accessible and popular in the country, and incentivised for drivers with rewards in place for those travelling in a more environmentally-friendly fashion.

In 2017, the government actually announced a £23 million fund for hydrogen-powered vehicles and infrastructure. And in July 2020, the Hydrogen Advisory Council was put together to further discuss the use of hydrogen as a viable energy carrier across the UK, in industries including automation - so it’s clear these cars are already on the radar. Their unparalleled combination of both sustainability and practicality makes it extremely likely we’ll be hearing more about hydrogen cars in the future, with more availability in terms of both cars and fueling stations in the years to come. 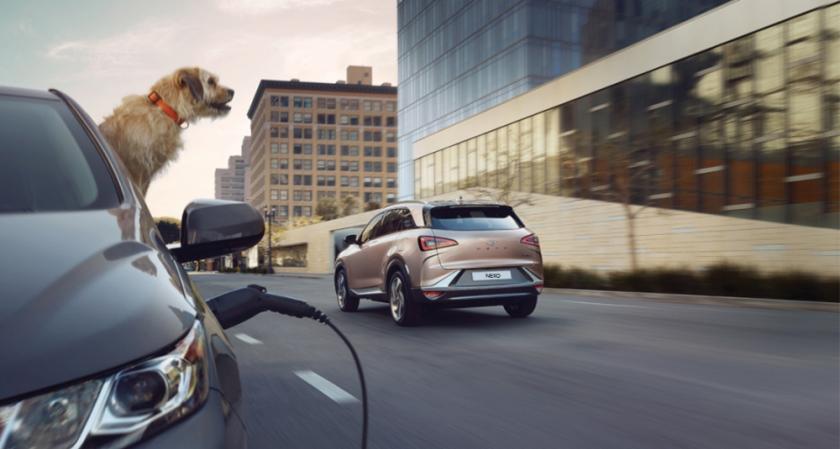 Yes. In the UK there are currently two kinds of hydrogen-fuelled cars available to buy, both offered by industry giants. One is the Toyota Mirai, and the other is the Hyundai Nexo - which we have available to lease, right here from Rivervale.

In the coming years, we expect to see the Honda Clarity, which is making waves across the pond, reach the UK - and many others if predictions are to be believed.

They won’t necessarily replace them, but there is a chance that they could become more popular in the coming years, if they become more available and accessible to drivers. This will primarily be due to the disadvantages that electric cars face in terms of their distance capability, and the time that it takes to charge them. Hydrogen cars simply promise the same environmental benefits in a much more practical way.

However, UK infrastructure will have to change first. And in order to remain eco-friendly with an increased customer demand, there are several problems the experts will need to solve in terms of producing hydrogen first - currently, hydrogen production on a large scale often involves burning natural gases, which releases carbon emissions, so some work is needed before the widespread use of hydrogen-fuelled cars will be environmentally viable in the long run. Electric cars won’t be going anywhere for a long time.

If you want to discuss hydrogen car leasing options with an Account Manager, give us a call on 01273 433480, or request a callback at a time that suits your schedule.