What’s the difference between a finance lease and contract hire?

Both forms of contracts have advantages and disadvantages which we’ll explore more in this guide. We’ll go into depth about what is the difference between a finance lease and contract hire so you can decide which is best for your business.

Finance lease vs. Contract Hire: which one should you do?

What is Van Contract Hire?

Contract hire is a fixed-term contract. Through it, you pay a set monthly fee for the lease of an asset, such as a van. At the end of the agreement, you return the asset you’ve leased without paying anything more. The monthly fee usually covers tax, an agreed mileage allowance as well as service and breakdown cover.

The amount to pay every month is determined through forecast depreciation, calculated based on the original cost of the vehicle, the mileage it’s going to run and the length of the contract.

One of the top benefits of leasing a van through contract hire is peace of mind. For one, the leasing company still owns the vehicle. In other words, it’s the lessor who’s liable for the associated risks, not the lessee. With this in mind, a company or driver can focus on performing the core activities of their business without worrying about assuming any financial risk if something were to go wrong with the vehicle. In addition to that, you also don’t have to shoulder any administrative burden. The cost of servicing, breakdown cover and tax is included in the monthly fee.

Another great advantage of contract hire is that it is 100% reclaimable. There’s also a 100% corporate tax-deductible available. Other benefits of contract hires include flexible contract durations, fixed, low monthly payments, and flexible maintenance ad-ons.

One of the main disadvantages of contract leases is that they offer you less control over managing your van. For instance, there’s a set mileage limit. If you go over this, you could end up paying mileage penalties, although the price per mile over the limit is discussed at the beginning of the contract, meaning there shouldn't be a surprise charge. A contract lease also offers fewer benefits you can reap over the long term, something that is available with a finance lease (we’ll look at this later). Under a contract lease, there’s no option to own your van or buy it outright at the end of the contract. That means you’re simply paying for the service of using and looking after an asset. 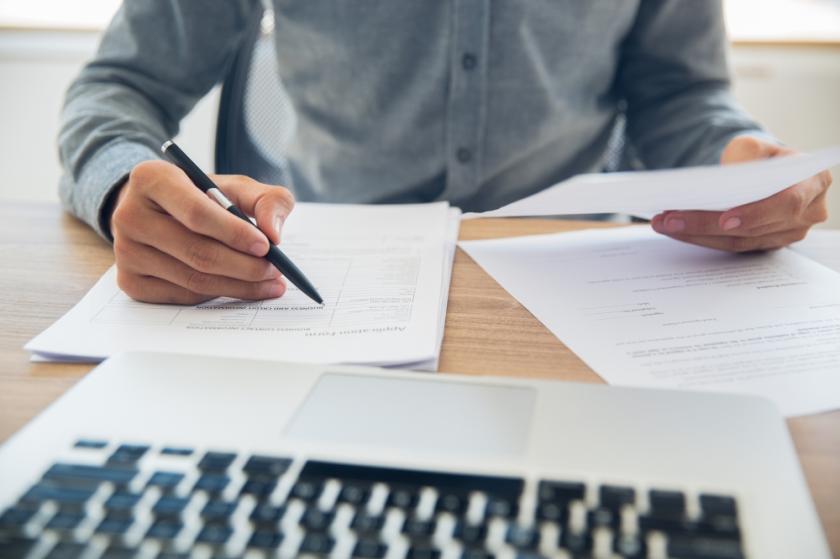 What is a van finance lease?

Finance leases were designed with specific occupations in mind. These include professions where there’s a lot of practical use of the van, and therefore a higher likelihood of damage to the vehicle. This type of contract has been designed to give such workers and companies more ownership over the asset. On the one hand, this means the lessee assumes more risk. On the other hand, there’s more opportunity for the lessee. Here’s how:

With a finance lease, the lessee assumes the risk of the asset without owning it outright. That means the accounting method looks very different from a contract hire. When you take out a finance lease, you agree on an estimated residual value (calculated in the same way as a contract hire) with the lessor. You then pay monthly repayments along with a balloon payment at the end of the contract. In simple terms, if you get to the end of your contract and the residual value (e.g. the condition) of the van turns out to be higher than the agreed residual value, you get to pocket the extra. If it’s less, then you have to pay out.

Advantages of a finance lease

If you require a high mileage commercial vehicle, there are many benefits in opting for a finance lease. Unlike contract hires, this type of lease offers a lot more flexibility. You can set the estimated mileage and can also ‘buy out’ of the contract early. In the case where you drive more than your anticipated mileage, you won’t have to pay any penalties. There are no official ‘pence per mile’ being tracked. Of course, the biggest boon is that if you do less than your anticipated mileage and keep your vehicle in tip-top condition, it will be worth more at the end of the contract. As such, you’ll get money back when you then sell the vehicle.

Disadvantages of a finance lease

While there are many great things about finance leases, they come with the assumption of risk. That means that while you don’t own the vehicle, you’re ultimately responsible for what happens to it. If it gets damaged, then it’s up to you to repair it. And if your van ends up in worse condition and with more miles clocked by the end of the contract, you’ll be left out of pocket.

Citroen Berlingo - Charismatic in looks and ingenious in design and layout, the Berlingo’s popularity just keeps growing for its compact nature and practicality. A battery-powered version was launched in 2017, making it also an eco-friendly choice.

Ford transit courier - As one of the UK’s best-selling vans, the Transit is a fantastic drive. It also boasts a breadth of body styles and lengths, so there’s a Transit for every job. It also comes in Connect, Courrier and Custom.

Nissan E-nv200 - Built for urban and commercial use, Nissan’s E-nv200 is a battery-only range with rapid charge capability and cutting-edge technology.

Peugeot expert - Refined with a cleverly designed interior, the Expert is a delightful and economical van that puts comfort first. Both BlueHDi engines are smooth and fuel-efficient.

Leasing could be the most cost-effective option for your business. Find out more about the money-saving benefits of van leasing here.

Our best vehicle leasing deals delivered direct to your inbox

Request a callback from an experienced vehicle leasing advisor

How Important are Reviews When Looking to Lease a Vehicle?

Superb service from start to finish. Excellent service from Megan Taylor and all the team at Rivervale. This is the first time I’ve used a...

This is the third car I’ve had through Rivervale - fantastic service - thanks to the whole team for a great experience.

Excellent service from Megan Taylor and the team. Will use again when I replace my next car

I recently leased a Toyota from Rivervale and found Jordan to be ever so helpful. Even when he was in a meeting he would even text to tell me...

Really friendly and informative and very quick to respond.

I cant recommend Rivervale highly enough. James was so helpful throughout. He responded to my email request first thing the next morning and...

Great service from Megan and all at Rivervale: friendly, professional and made the process as simple as possible. Unfortunately there was a delay...

As a returning customer I found Rivervale's service fantastic - they looked after everything for me, kept me fully informed of what was happening...

I popped down to Rivervale show room to enquire about leasing a car. Abbie sat down with me and went through my options, I had a car in mind...